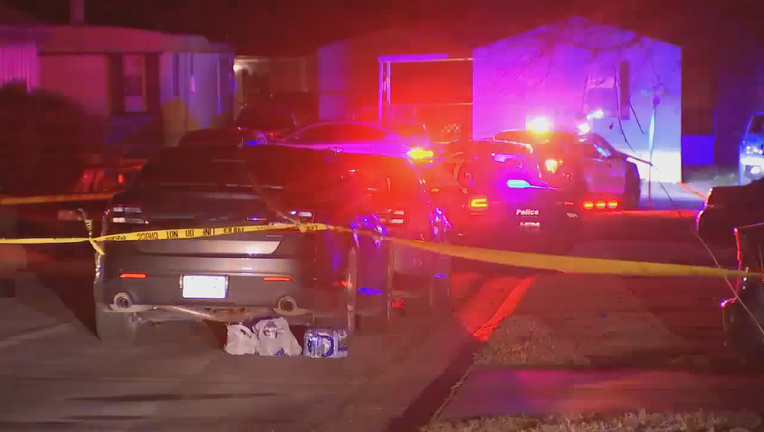 SAND SPRINGS, Okla. (AP) - A couple and their two young children were found dead in a home Saturday in northeast Oklahoma in what police said appears to be a triple murder-suicide.

Police Capt. Todd Enzbrenner said the mother of an adult male victim arrived at the home in a mobile home park about 2:30 p.m. and found her son, her grandchildren and the children’s mother dead.

She had been expecting to babysit the children but had been unable to reach anyone on the phone to confirm the plan, he said.

Enzbrenner said he did not know if a weapon was found in the residence. He said the victims’ bodies were not found in one room but were "all over the house," the newspaper reported.

Enzenbrenner said witnesses told police that they had heard a commotion at the victims’ home between 10:30 a.m. and 12:30 p.m. Saturday, which he described as loud banging.

Police don’t believe that there is any threat to the public, Enzbrenner said.

Enzebrenner, who said he has been on the police force for 30 years, said he doesn’t recall ever having a quadruple homicide in Sand Springs, a suburb of Tulsa.

A murder occurred at the same mobile home park about 16 years ago, he told the newspaper.