The coalition called Sisters of the Movement is demanding federal legislation changing the ‘use of force’ standard.

DALLAS - Families who've lost loved ones in high-profile cases of police brutality have banded together.

The coalition called Sisters of the Movement is demanding federal legislation changing the ‘use of force’ standard.

The outrage against four Minneapolis police officers involved in the George Floyd custody death is deeply felt by two women with their own painful experiences.

Allisa Findley is the sister of Botham Jean, the 26-year-old man killed by former Dallas Police Officer Amber Guyger. She is now serving 10 years for murder.

“For me I know with every single incident and every murder, it brings me back to Botham,” Findley said.

Ashley Carr is the sister of Atatiana Jefferson, the Fort Worth woman shot and killed in her home by now-fired Fort Worth Police Officer Aaron Dean. He is now indicted for murder.

“It’s disgusting honestly because just to sit there and hear someone scream, ‘Please help!’” Carr said.

“We decided enough is enough. Let’s get this going,” Findley said. “Let’s put this out there and let’s fight because I have three boys of my own, three black boys and I don’t want to see this happen to them or anyone’s son or daughter.” 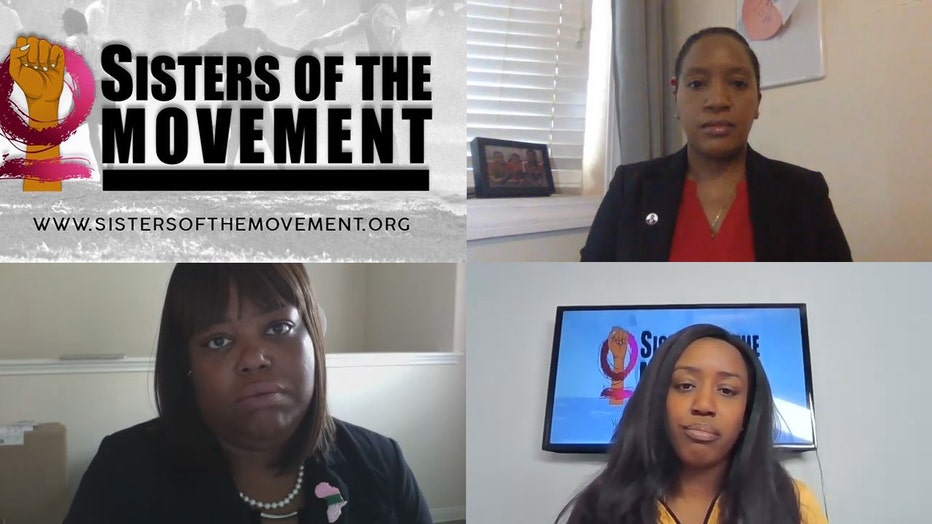 The women say they will work with civil rights leaders and legal experts to effect change through federal legislation involving police brutality.

“We have this thing we say. We are tired of talking about the names behind the hashtag,” Fox said. “How do we come up with ways and how do we approach more of a preventative mitigation type of strategy.”

The groundwork for Sisters of the Movement has been in motion for months. They say the George Floyd case certainly gave it a push.

“It’s like one every other day. Our passion, our frustration and our madness, we were like we have to bottle this up and put this to something positive,” Carr said. “Put this to help us and help others who may be going through the same things that we are.”

The group says they are working toward what will be the coalition's first formal effort toward change.