Ciara Caltagirone Tate, of Wilmette, Illinois, just north of Chicago, convinced her sister Carla Caltagirone Thomas, who lives in St. Petersburg, Florida, to do a group costume and celebrate the October holiday in Illinois.

CHICAGO - Two sisters who are Halloween enthusiasts and avid fans of “The Masked Singer” hand made elaborate costumes from the show for their whole family.

Ciara Caltagirone Tate, of Wilmette, Illinois, just north of Chicago, convinced her sister Carla Caltagirone Thomas, who lives in St. Petersburg, Florida, to do a group costume and celebrate the October holiday in Illinois.

“When we saw ‘The Masked Singer’ Season 1, we both watched the show and love all the performances and the costumes, especially,” Tate said. “And then when Season 2 came on in September, then we got excited about it again and decided to do the costumes as a group.”

“This is the first year we’ve done our entire, both families, as one entire group costume, rather than just her family or my family or just the two of us,” she added. 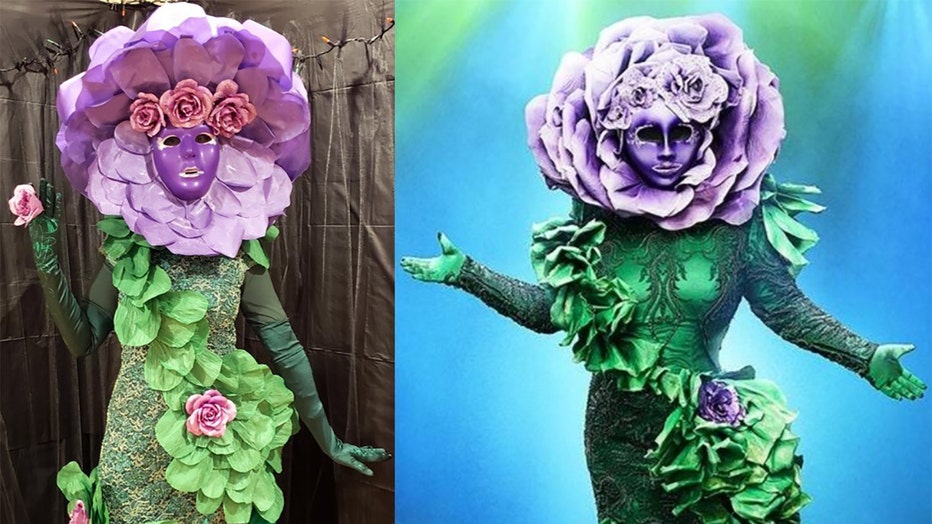 Ciara Caltagirone Tate, of Wilmette, Illinois, dressed up as The Flower. She convinced her sister Carla Caltagirone Thomas, who lives in St. Petersburg, Florida, to do a group costume and celebrate Halloween in Illinois. (Photo Courtesy: Ciara Caltag

Tate said she let each person choose their own masked singer to dress up as.

She said their father, Sam Caltagirone, helped his daughters with putting the costumes together. “We’re more of a hot glue-type of crafter,” Tate said.

Tate said she and her sister "love to have unique costumes, which usually means we make them." The sisters have also been making their own costumes since they were young.

The family had a Halloween party on Saturday, when they dazzled in their costumes and revealed who was who. 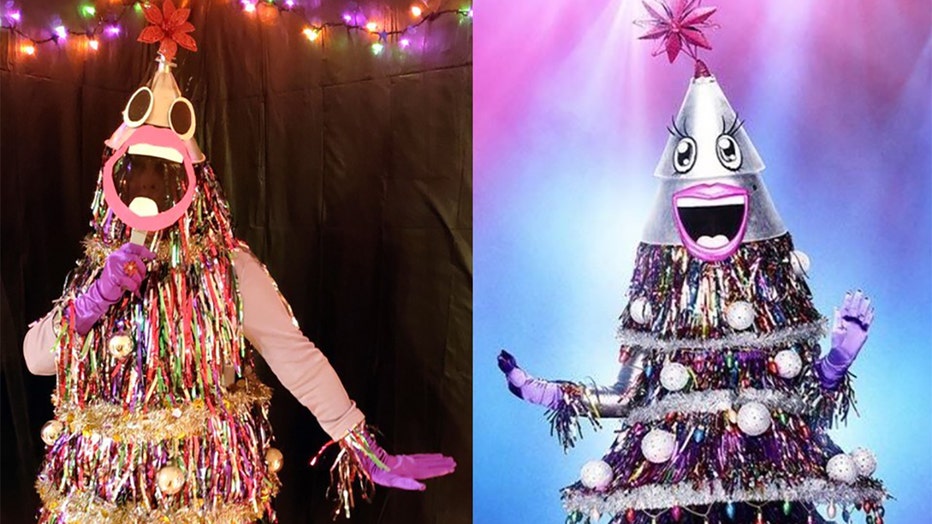 Tate said the family “worked hard making these” costumes and it has been “wonderful to share with others.”

She added that her friends and family "seem to be especially impressed this year."

"It's nice to have our effort noticed," Tate said.

On Halloween, she said the children plan to wear their costumes to school and out for trick-or-treating if weather permits.