Investigators from the National Institute of Allergy and Infectious Diseases (NIAID), part of the National Institutes of Health, found that the intravenous (IV) administration of the vaccine boosted the number of cytotoxic T cells capable of infiltrating and attacking tumor cells and also engaged the innate immune system by inducing type I interferon — a natural substance that helps the body's immune system fight infection and other diseases such as cancer.

Robert Seder, one of the study’s researchers at the NIH, told FOX Television Stations that the innate immune response was able to modify the tumor microenvironment, thus counteracting suppressive forces that otherwise would tamp down T-cell action. 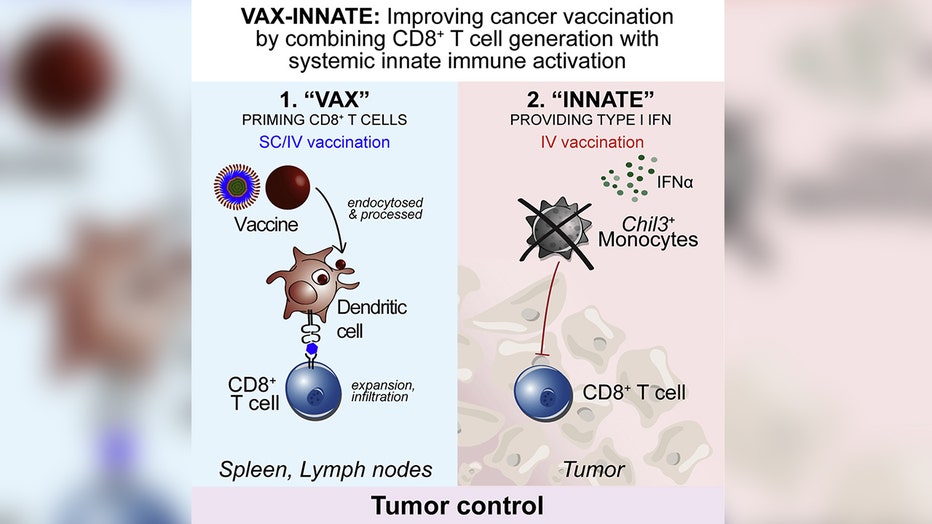 Graphical abstract of the study (Credit: National Institutes of Health)

The researchers noted that modification of the tumor microenvironment was not seen in mice that received the vaccine subcutaneously (via needle injection) into the skin, so Sedar says he hopes other researchers doing experimental vaccine studies start experimenting with giving vaccines intravenously (into the vein).

"Intravenous inoculation is an unusual way to give a vaccine, but in tumors, I think the risk-reward ratio would be in favor of giving it to people, especially if it could alter the tumor environment," Sedar explained.

The researchers also say the candidate vaccine might additionally be given intravenously to people who have already received tumor-specific T cells as a therapy. It could improve tumor control by increasing the number of T cells and altering the tumor microenvironment to make them function better. 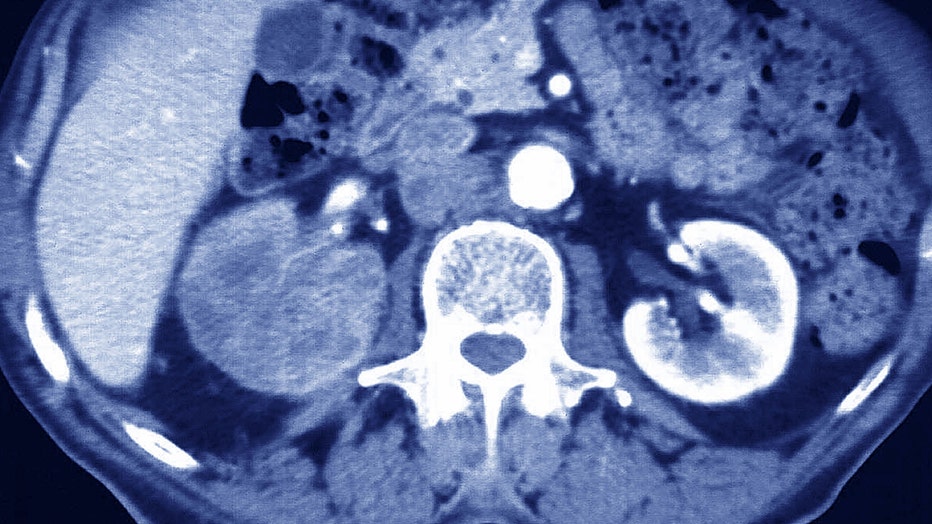 "It looked like certain brain cancers or renal cancers had these inhibitory markers, so perhaps those tumors might benefit from this type of vaccine where you could alter the tumor microenvironment," Seder continued, adding that more testing will need to be done to understand which tumors respond to the vaccine.

Dubbed "vax-innate" by the scientific team, the researchers say the approach achieves a goal in the quest for more effective immunotherapeutic vaccines for cancer in the future.

Last year, a clinic in Cleveland, Ohio pioneered a first-of-its-kind study which aimed to test a vaccine that would prevent breast cancer.

Cleveland Clinic launched its phase I trial in Oct. 2021 to determine what the maximum tolerated dose is of the revolutionary vaccine in patients diagnosed with early-stage triple-negative breast cancer, according to a news release.

The U.S. Food and Drug Administration recently approved an investigational new drug application for the vaccine which is being tested by the Cleveland Clinic in partnership with Anixa Biosciences, Inc., the clinic said.