The near-record temperatures across North Texas are forcing the organizers of some outdoor events to either delay or outright cancel the events because of safety concerns.

IRVING, Texas - The near-record temperatures across North Texas are forcing the organizers of some outdoor events to either delay or outright cancel the events because of safety concerns.

Scorching temperatures across the metroplex prompted the National Weather Service to issue an excessive heat warning Thursday continuing at least through Saturday.

With highs over 105 and heat indexes over 110, the extreme heat is a top concern for those in charge of putting on various outdoor events this weekend.

Megan Gordon with the city of Irving says she decided to delay the start of Friday’s outdoor movie night at Heritage Park out of concern for the safety of attendees. 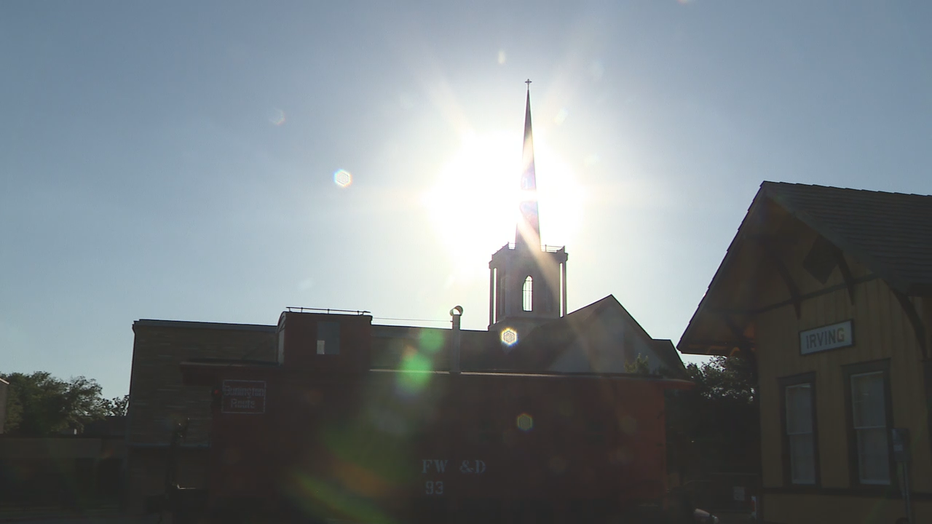 "As the event planner, I thought about it three days ago. But we always try our best to accommodate rather than cancel," she said. "The event was originally planned for 6:30 p.m. As soon as we saw that heat advisory coming our way, we said let’s push it back when the sun sets a little bit so move it to 8 p.m."

Typically, crowds can get up to 350. It was much smaller Friday.

Mom Sheniece Perkins admits she had second thoughts when she arrived.

"It’s for the kids, so I got to suck it up. They run around in the heat all of the time," she said.

But families in Carrollton aren’t so lucky. The city announced Friday that this week’s Christmas in July event downtown would be canceled with no plans to reschedule.

"It’s probably a bummer for whatever kids were looking forward to it," he said. "I wasn’t planning on coming, but I think it’s kind of sad for the community, but I can understand why. Safety."