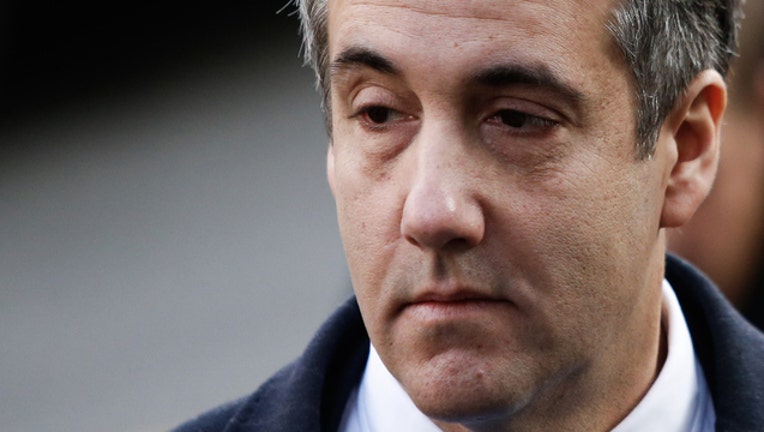 WASHINGTON - (AP) -- President Donald Trump's longtime personal lawyer said Friday that Trump directed him to buy the silence of two women during the 2016 election because the then-candidate was "very concerned" about how their stories of alleged affairs with him "would affect the election."

Michael Cohen -- who for more than a decade was a key power player in the Trump Organization and a fixture in Trump's political life -- said he "gave loyalty to someone who, truthfully, does not deserve loyalty." Cohen spoke in an interview with ABC that aired Friday on "Good Morning America."

Cohen appeared shaken over the events that swiftly took him from Trump's "fixer" to a man facing three years in prison.

"I am done with the lying," Cohen said. "I am done being loyal to President Trump."

He added: "I will not be the villain of this story."

Asked whether the president also knew it was wrong to make the payments, Cohen said, "Of course." But Cohen did not provide any specific evidence or detail in the interview.

Trump has denied that he directed Cohen to break the law and has asserted in a barrage of tweets over the last several weeks that Cohen is a "liar" who cut a deal in order to get a reduced prison sentence.

In a separate case, Cohen pleaded guilty to lying to Congress about his work on a possible Trump real estate project in Moscow and said he did so to be consistent with Trump's "political messaging."

The charges in that case were brought by special counsel Robert Mueller's office and Mueller's prosecutors have said Cohen has provided key information in their investigation. Cohen has said he is continuing to cooperate with investigators.