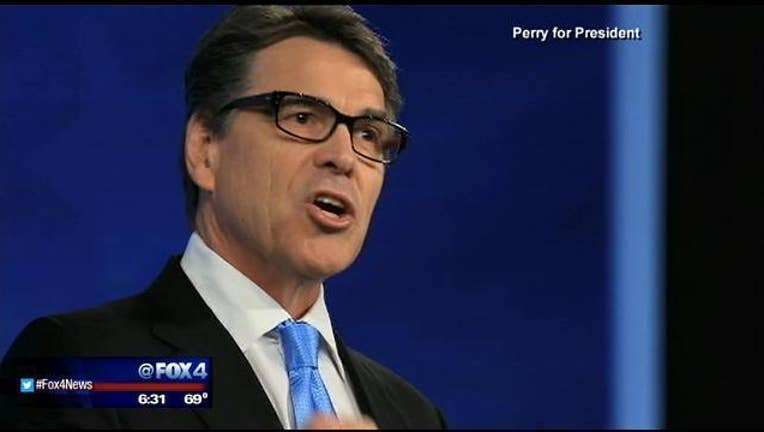 Seven others will be excluded, including former technology executive Carly Fiorina and former Texas Gov. Rick Perry, relegated to a pre-debate forum and second-tier status in the party's crowded field.

Fox News announced the 10 GOP White House hopefuls who will take part in the prime-time debate in the crucial swing state of Ohio.

The announcement concludes an anxiety-filled process for a Republican Party that worked aggressively to improve its debates ahead of the election season. Yet with the largest field of contenders in modern memory, organizers say something had to give to ensure the debate in Cleveland didn't turn into a nationally televised circus.

Republican officials worked closely with TV executives, although the networks have the final say about which candidates will be allowed on stage for their televised events.

Fox News is the host of Thursday's event, the first of six party-sanctioned debates before primary voting begins in February. The network says it used a selection of national polls to make this week's cut.

Republican officials were particularly concerned about Fiorina's status, hoping she would help balance Hillary Rodham Clinton's push to rally women to her candidacy. Trump's recent surge in the polls was particularly damaging to Fiorina.

The reality television star's rapid rise has surprised many Republican officials, some of whom fear his rhetoric on immigration and other divisive issues could hurt the party. In a Tuesday interview, Trump said he's been defying expectations all his life.

"I think people are tired, they're sick and tired of incompetent politicians," he said on MSNBC's "Morning Joe" when asked to explain his rise.

Fox didn't say before Tuesday's announcement which polls it would use to determine its top 10. Many candidates are grouped together in the single digits, most separated by a number smaller than the margin of error.

For example, in a Monmouth University survey released Monday, Kasich was the 10th candidate with the support of 3.2 percent of voters.

But after taking the margin of error into account, Monmouth noted that Kasich's support could be as low as 1.5 percent, while almost any of the candidates who polled lower could be that high or higher.

Monmouth found that only five candidates -- Trump, Bush, Walker, Cruz and Huckabee -- were definitely in the top tier of candidates, while just two --Pataki and Gilmore -- would not make it into the top 10 even when margin of error was taken into account.

Some candidates looked at the polls on Tuesday, and then looked past the first debate and aimed for the second.

"This first debate is just one opportunity of many," Amy Frederick, an aide to Fiorina, wrote to supporters. "With many more debates to come, we fully expect that Carly will soon stand on the stage and show America what real leadership looks like."

All but three of the 17 Republican candidates for president participated in a New Hampshire forum Monday night that was essentially a "debate lite." Unlike Thursday's nationally televised debate in Cleveland, the gathering didn't have a cut-off for participation.

Without exception, the candidates aimed their criticism at Democrats instead of each other. Trump declined to participate and wasn't mentioned during the two-hour affair.

On Tuesday morning, Christie called Trump his friend, but declined to say whether he'd go after him if given an opportunity on Thursday.

"You know, he's someone who is articulate and has a good way, at times, of presenting himself. We'll see how it goes," Christie said on MSNBC's "Morning Joe."

He added, "If I believe there is something that needs to be said on that stage Thursday night, I'll say it."