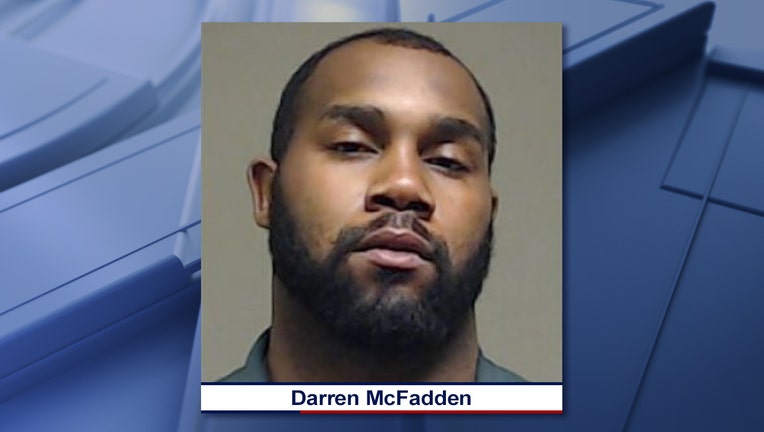 MCKINNEY, Texas - Former Dallas Cowboys RB Darren McFadden has been given his sentence after pleading guilty to a DWI charge for being arrested in the drive-thru of a North Texas Whataburger last January.

McFadden pleaded guilty to a driving while intoxicated charge, and was given a four-day sentence. He was given credit for one day he’s already spent in jail, so is set to serve three days behind bars.

He was also ordered to pay $427 in fines, and will have his driver’s license suspended for 90 days.

This comes after his arrest back on Jan. 21, 2019, when police said he was found asleep behind the wheel of a 2019 GMC Yukon in the drive-thru of a McKinney Whataburger.

When cops showed up, McFadden reportedly resisted arrest, before being taken into custody by officers.

McFadden played college football at the University of Arkansas, and was drafted by the Oakland Raiders in 2008. After playing seven seasons in Oakland, he was with the Cowboys for three years, before retiring in 2017.