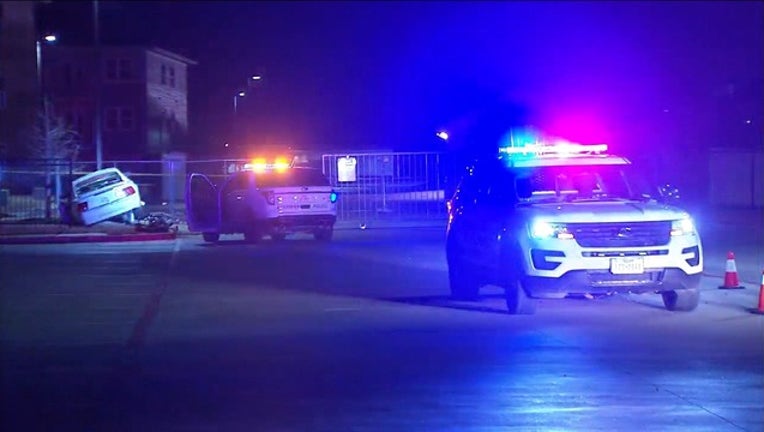 A police pursuit in Everman ended in Fort Worth with the two suspect being shot.

Everman PD says the pursuit began Thursday night when an officer noticed a white Mustang speeding without any lights on. When he tried to pull the car over, it didn't stop.

The pursuit ended about a mile away in Fort Worth near an apartment complex. Everman police say the officer shot the two suspects after they acted like they were going to run him over.

The suspects were taken to the hospital with non-life threatening injuries. The officer was not injured.