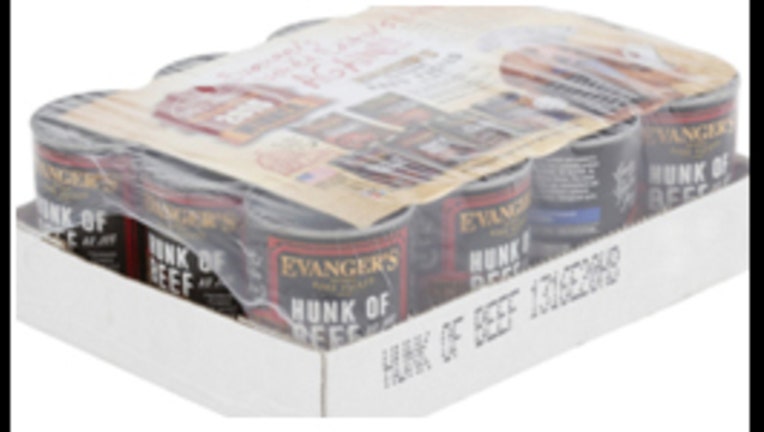 Evanger's Dog & Cat Food is recalling several lots of their Hunk of Beef product after five dogs became sick and one of them died.

(KMSP) - An Illinois-based pet food maker is voluntarily recalling one of its products after four dogs became sick and one died after eating the company's dog food.

Evanger's Dog & Cat Food is recalling five lots of its Hunk of Beef product after it was found to be contaminated with Pentobarbital, a euthanasia drug that can cause side effects in animals such as drowsiness, dizziness, excitement, loss of balance, nausea or even death.

Only one lot of the product was found to be contaminated, but the Illinois-based company says it is recalling all lots of the Hunk of Beef product that were produced from its supplier’s lot of beef.

The company is continuing to investigate how the substance entered its raw material supply.

More information on the recall can be found here.