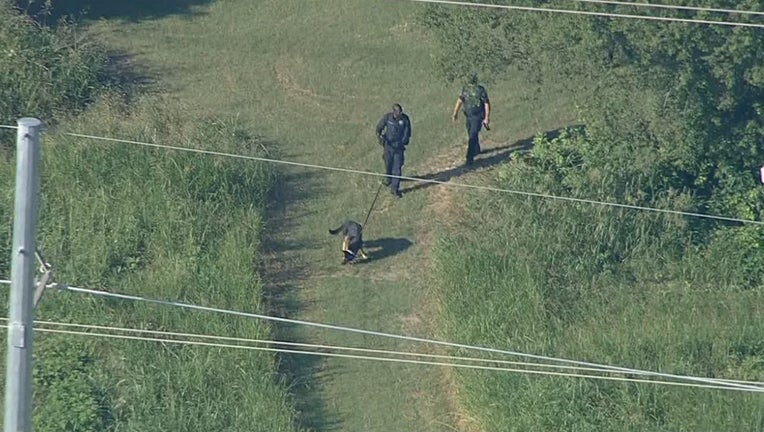 DALLAS - Police arrested a murder suspect who ran from officers and hit in the woods.

U.S. Marshals and officers from several departments tracked the man down to a neighborhood in southwest Dallas Tuesday afternoon.

They said he got word they were nearby and ran into a wooded area near Joe Pool Lake.

Police in the air and on the ground searched for him for more than three hours before finding him a short distance away.

They did not release his name but said he was wanted for capital murder in the Dallas suburb of Euless.