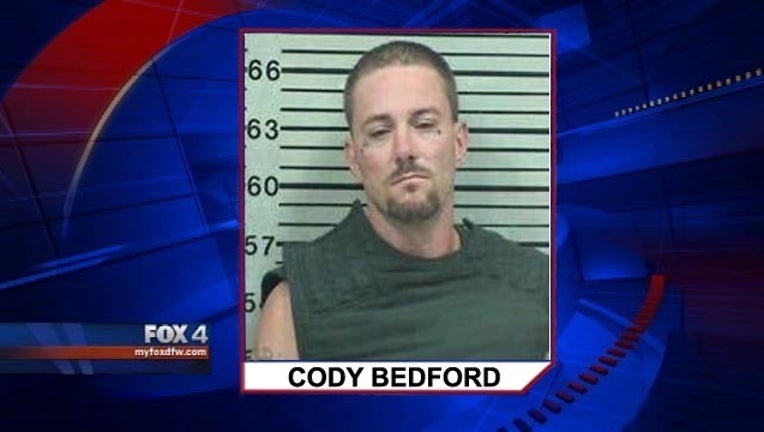 There are bars on the vent, but he managed to break or bend one and made his way through attic space and then onto the roof, officials told FOX 4.

Officials said he was arrested after police got a call about suspicious activity on a rural road.

No other details were immediately available.

Bedford was in custody for assaulting a family member and the aggravated assault of a public servant, among other charges.