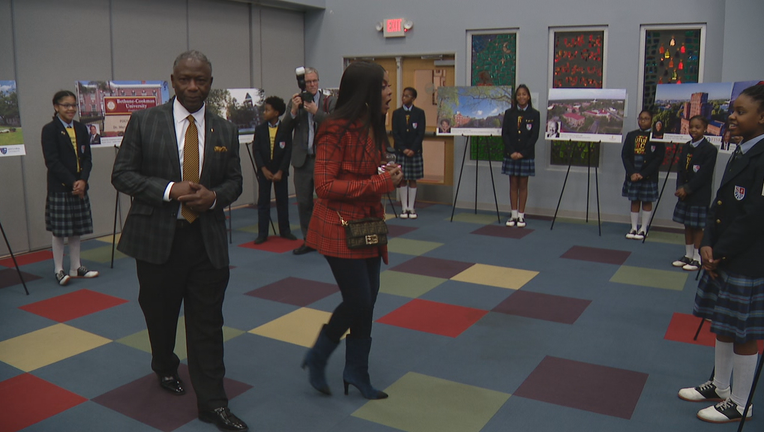 DALLAS - Students at St. Philip’s School and Community Center were star-struck when they got to meet "Empire" star Taraji P. Henson.

The actress visited South Dallas for the 20th annual Destiny Award Luncheon on Friday. She spoke about her success in Hollywood, challenges her family faced during her childhood, her foundation supporting mental health and the challenges of being a single mom.

Students spoke during the event after shaking off some nerves.

"In the beginning it was nerve-wracking, but she was so sweet, she was like, ‘It’s alright just talk to me like there is no one else in the room.’ So I told her about it and she hugged me, and I cried. Like OMG Taraji P Henson is hugging me,” said McKenzie Morgan, 5th grade presenter .

The Destiny Award Luncheon supports St. Philip's and the thousands of North Texans it serves. Henson pledged $10,000 to help with that ongoing effort.