MCKINNEY, Texas - The McKinney City Council certified a petition for the recall of a controversial city councilman.

La'Shadion Shemwell says he plans to fight the recall. He addressed the city council Tuesday and called the recall effort "voter suppression."

McKinney city council started the meeting that would determine Councilman Shemwell’s future with the city with a passionate public.

One of the councilman’s supporters comparing his activism, declaring a black state of emergency, to former NFL quarterback Colin Kapernick taking a knee. His detractors were emphatic about the damage they believe he's done to the city with his words, relating McKinney to the Jim Crow south, accusing police of racial profiling and stating black people aren’t safe in DFW.

The actions that led to Tuesday, with more than 3,000 McKinney residents signing a petition for a recall election, began in 2018 when Shemwell was arrested for refusing to sign a speeding ticket and claimed he was racially profiled. Police body camera recorded him asking the officer if he knows who he is, threatening the officer by telling him he’d call the chief.

Shemwell was arrested months later for felony domestic abuse. A Collin County grand jury later cleared him of that charge.

The mayor, mayor pro-tem and two council members are among those who signed the petition.

“It’s actually a pattern of behavior that has been recurring,” said McKinney Mayor George Fuller. 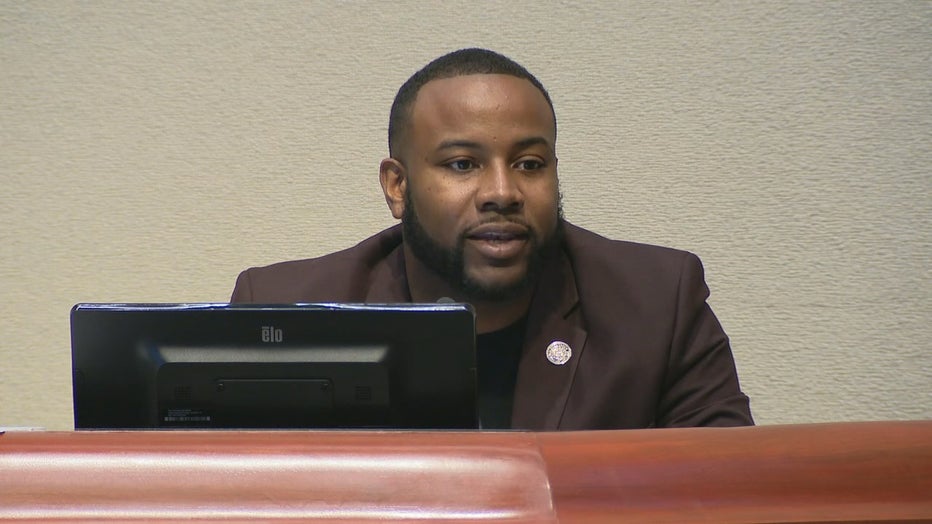 Shemwell spoke after their comments, calling some of their actions embarrassing.

"I’m not against police, but I am against police brutality,” he said. “I’m going to fight with every breath in my body, and I’ll see you in court."

The date for the recall election is May 2.