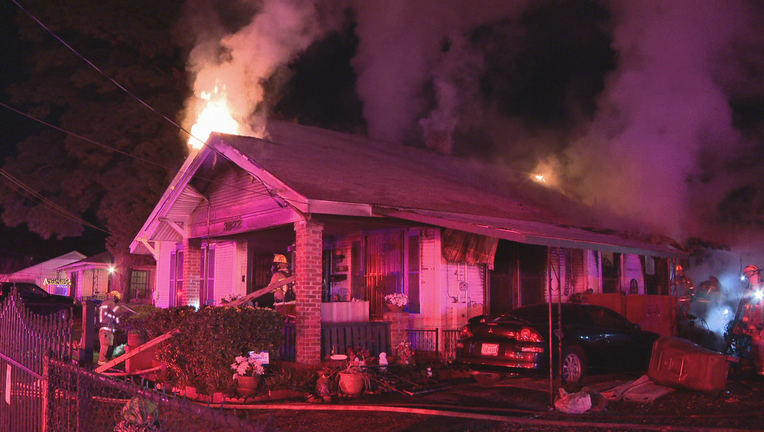 DALLAS - An elderly woman and her dog died in an early morning house fire in south Dallas.

It started around 5 a.m. at a home on Frank Street near Highway 352 and Fitzhugh Avenue. When firefighters arrived they saw large flames coming from the back of the home.

Neighbors and family members told the firefighters the woman lived alone in the home with her dog.

The firefighters had trouble getting into the home because of burglar bars. They had to cut the bars to get in and search for her.

A search team found the bodies of the woman and her dog after firefighters put out the flames.

Investigators are still looking for the cause of the fire that gutted the home.

The woman’s name has not yet been released.