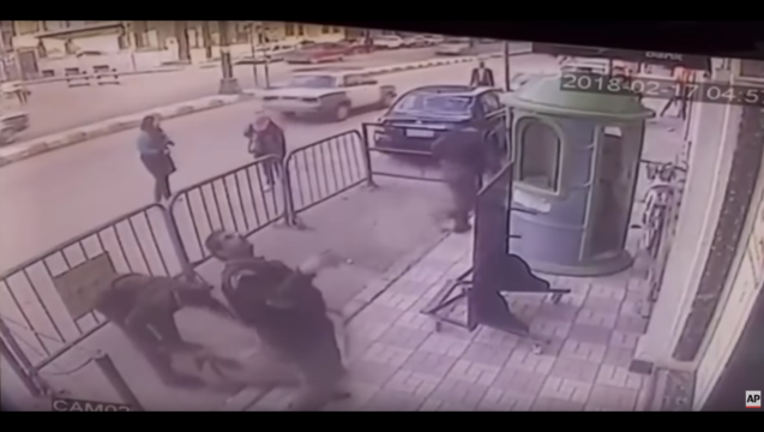 CAIRO (AP) - Three Egyptian policemen were able to catch a 5-year-old child as he fell from a third-floor apartment balcony in the southern city of Assiut, saving the boy's life.

Egypt's Interior Ministry released a video of the incident this week showing three policemen on duty guarding a bank and standing on a sidewalk. They look up and apparently see the child dangling from the balcony before rushing to catch him as he falls.

The ministry said in a statement that the child was unharmed but one of the policemen was injured and was sent to a nearby hospital for treatment.

The video was carried by Egyptian media outlets who hailed the policemen's quick reaction as "heroic."