Angie Robles and her husband were asleep when a bullet struck her. Thankfully, the injuries were minor. Nobody else was hurt. The family says they have no idea why their home was targeted by a drive-by shooter.

DALLAS - An East Dallas family says they have no idea why their home was targeted by a drive-by shooter.

The outside of their home is riddled with bullet holes. The gunfire erupted early Friday morning just before 5 a.m.

Angie Robles and her husband were asleep when a bullet struck her. Thankfully, the injuries were minor. Nobody else was hurt.

Dallas police are not releasing many details in this case, only a very basic description of the vehicle the shooter was in. With no one in custody, the family now doesn’t even feel safe inside their home.

Robles says now her sense of security is shattered. The front of her home near Harry Stone Park is covered with bullet holes. 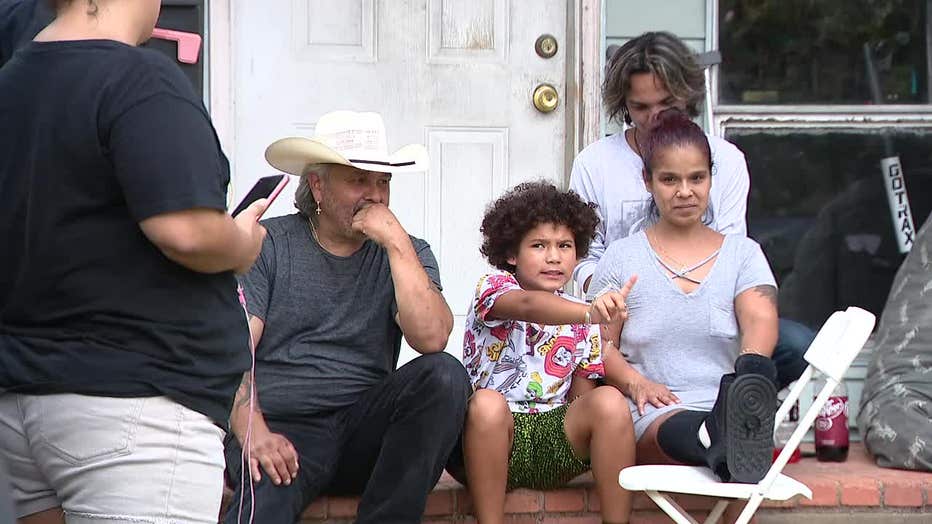 The mother is just out of the hospital after recovering from a gunshot wound to the foot.

"We’ve never had any problems with anybody. We get up go to work and come home and take care of the kids," Robles said.

Friday morning, Robles was just about to get up for work when bullets came flying through her bedroom wall where she, her husband and her 19-year-old son were sleeping.

"I heard my husband yell, ‘There were shots! Get down!’ That’s when I tried rolling down and then roll off the bed onto the floor," Robles recalled. "And right as I was rolling over, the bullet came through right on my foot. It went in and out." 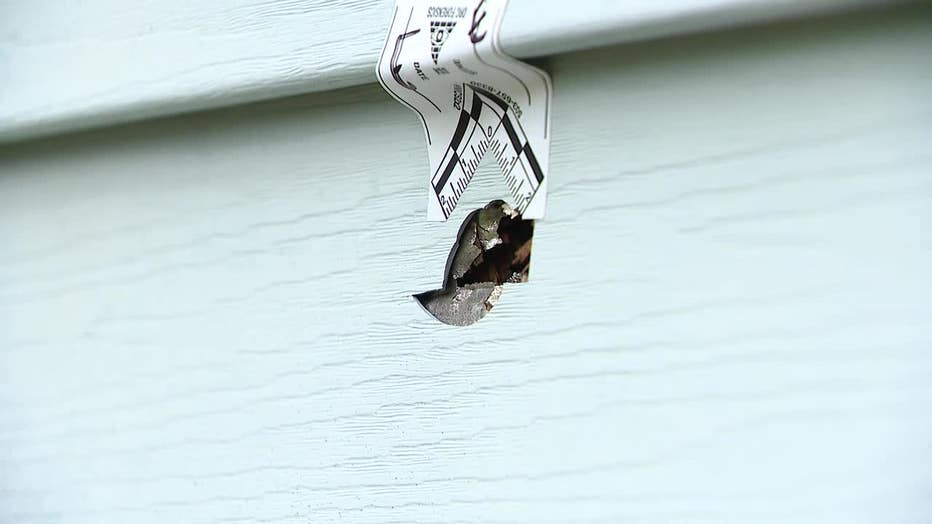 Robles’ daughter, Heidi Dawes, was in the next room over taking cover. Her 9-year-old son was with her.

"One hit through their room. Hit right here and then went through right up in here," Dawes recalled. "I was like this like covering his whole body."

Dallas police have not identified a suspect and only described the potential car the shooter was in as a "dark colored sedan."

It’s still unclear if the house was targeted or if the shooter was opening fire at random.

"Nothing like this has ever happened to us ever. It's bewildering. Why?" Dawes said.

"And how different it could’ve been," Robles said.

Robles is still struggling to think about the what-ifs and is just thankful her family is alive.

"I have my kids and my grandson and my husband," she said.

The family and neighbors have turned over surveillance video around the time of the shooting.

Video FOX 4 obtained showed a black car driving down the street at that time, but Dallas police have not confirmed whether they’re looking for that exact vehicle.