This weekend’s Earth X conference is launching its Tonga Strong effort focused on helping the country recover months after a massive volcanic eruption wiped out parts of Tonga.

DALLAS - More than $1 million from the U.S. and the DFW Metroplex will provide disaster relief for the island nation of Tonga.

Many North Texans have family ties to the Polynesian country.

This weekend’s Earth X conference, which is happening in Dallas, is launching its Tonga Strong effort focused on helping the country recover months after a massive volcanic eruption wiped out parts of Tonga.

It’s been months since an underwater volcanic eruption in January triggered tsunamis that devastated the small island country of Tonga.

"The islands that were affected, a couple were virtually wiped out. The options for them is to rebuild their houses in the same location or re-locate them," explained Viliami Va’inga Tone, Ambassador of Tonga for the United Nations. 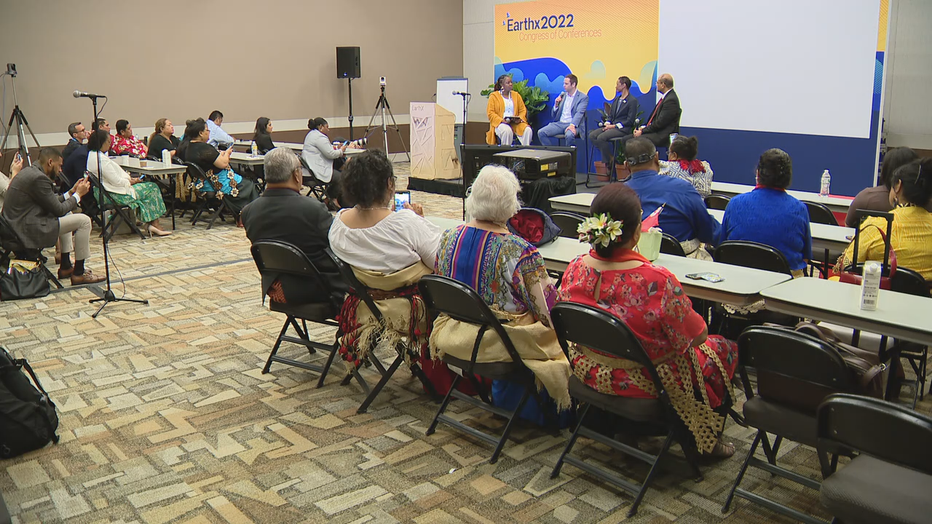 Friday during the Island Resilience Summit at Earth X in Dallas, Tone was on hand to receive a $1.5 million grant from the U.S. Trade and Development Agency.

"When the underwater volcanic eruption happened, causing tsunamis that damaged the Kingdom of Tonga, it was in the news for a couple days, and there was a lot of relief efforts that took place in the immediate aftermath," said Matt Tranchin, senior vice president of Earth X. "What we want to do is highlight these are issues those communities are still struggling with."

The funds will help the country’s recovery efforts in rebuilding and strengthening critical infrastructure, like telecommunication lines, which were severed in the immediate aftermath, cutting Tonga off from the rest of the world.

"We are very much having that in spirit and mindset, whatever you do, you try to make sure you are more sustainable going into the future, if there were to be another hurricane or tsunami," Tone added.

Tarrant County is home to one of the largest Tongan populations in the U.S., with Euless Trinity High School students at Friday’s event to share about their culture.

Many in North Texas, like Ofa Faiva-Siale, also have family in Tonga still dealing with the aftermath of a volcanic eruption.

"Everyone is adapting and adjusting," Faiva-Siale said. "Still, the country is not put back. It’s not rebuilt yet."

But aid from around the world is helping Tonga slowly rebuild.

"They’re islanders. They’re used to the weather and force of nature they deal with on a daily basis and on a generational basis. They just move on and live and survive," Faiva-Siale said.

Click here for more information on how to support the Tonga Strong effort.

Proceeds donated to the Tonga Strong effort will go to organizations working directly with rebuilding the country.