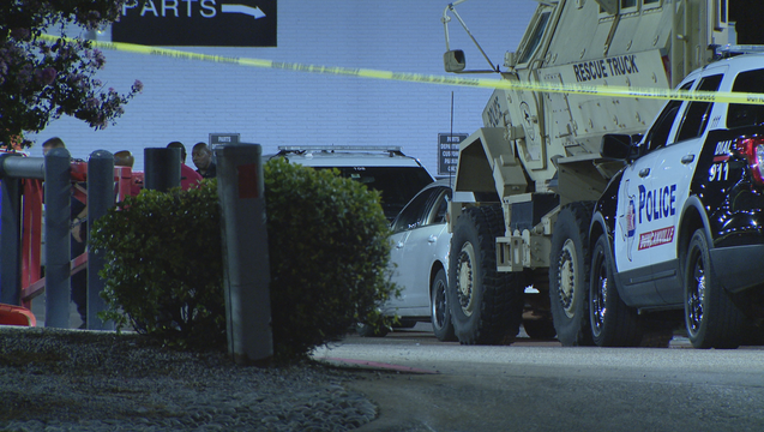 DUNCANVILLE, Texas - A man apparently shot and killed himself in a car as he was surrounded by police in the Dallas suburb of Duncanville.

Duncanville police said officers pulled the car over around 9:30 p.m. Monday for an expired registration. When they approached it, they saw a gun in the driver's lap.

The officers backed off and called in a SWAT team to try to talk to the man.

After about two hours, the SWAT officers finally approached the car and found the man dead from an apparent self-inflicted gunshot wound.

Duncanville police did not fire any shots, police said.

The man's name has not yet been released.