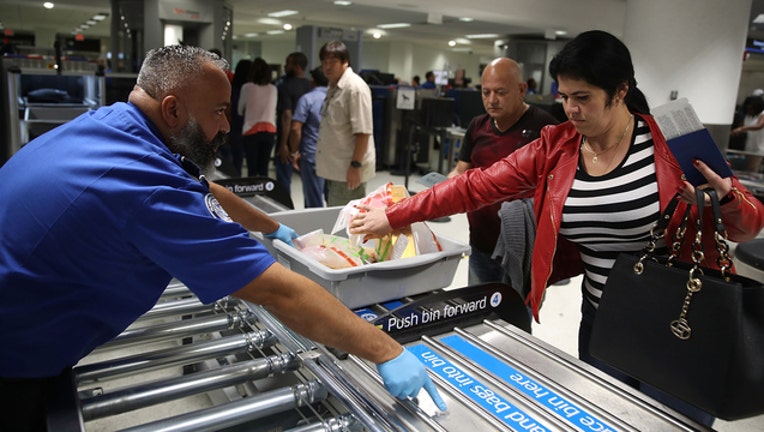 Travelers use the automated screening lanes funded by American Airlines and installed by the Transportation Security Administration at Miami International Airport on October 24, 2017 in Miami, Florida. (Photo by Joe Raedle/Getty Images)

As the government shutdown continues into a third week, TSA staff have been calling out sick in record numbers. And as a result, TSA says they've had to close some security checkpoints at airports around the country.

Checkpoints were consolidated Monday morning at Dulles International due to lower than usual staffing numbers. TSA officials point to the weekend snow storm for some of the issues with staffing, though they say more staff than normal for a snowstorm have called out.

However, Billelo says the lower staffing numbers will not compromise security.

"This morning, TSA experienced a national rate of 7.6 percent unscheduled absences compared to a 3.2 percent rate one year ago, Monday, January 15, 2018. Most importantly, security standards remain uncompromised at our nation’s airports," he said.

A TSA security checkpoint at Houston's George Bush Intercontinental Airport had to be closed Sunday because of a similar situation.

In a statement, officials said the problems were "due to staffing issues associated with the partial shutdown of the federal government."

TSA says travelers should contact their airline before traveling.