More women are coming forward with allegations of sexual harassment against correctional officers at the federal prison in Dublin.

DUBLIN, Calif. - WARNING: The allegations in this story are disturbing and use graphic language.

Three more women are coming forward with allegations of sexual harassment against correctional officers at the federal prison in Dublin, claiming the guards forced them to have sex with each other and show them their naked bodies.

To date, this brings the total to seven women with whom KTVU has documented stories regarding the sexual assaults and retaliation they say they encountered since 2019 at FCI Dublin, an all-women facility that has been in the national spotlight for its atmosphere of "cultural rot."

As one of the most egregious allegations, Marie Washington of San Diego, said she suffered continual sexual harassment at the Federal Correctional Institute at Dublin, starting when she was brought to the COVID unit for six weeks to quarantine in September 2020, according to a tort claim her lawyers, Bruce Wagner and Laura Brown, filed last week.

A guard whom KTVU is referring to as "Officer K." asked to see her vagina, "shining his flashlight through her cell window to try and see her naked," her claim states.

He also came to her door while she was dressing and told her to "do stuff" with her cellmate Fabiola "so he could watch."

Washington said Officer K. would come to her door "like, every single night."

"Every single round that he did, he would say sexual things to me," Washington recounted in an interview from Southern California. "He would ask me if my ass was real. He would ask me to, like, dance for him. He then would like, flirt with my bunkie as well. And he told us to do something … that he wanted to see.  And so we engaged in sexual activity and immediately we stopped because we were, like, uncomfortable."

Both she and Fabiola were new and afraid of what would happen if they didn't do what Officer K. demanded.

Officer K. could not be reached for comment. A source said he is now working for another federal agency. No one from the prison union responded for comment.

Washington, who now works as a housekeeper at a hotel, and another formerly incarcerated woman, Laura Chaney of Sacramento, who now works for a temp agency, both filed legal claims seeking $5.5-million apiece with the federal government, which has not yet responded to their allegations. A tort claim is often a precursor to a lawsuit.

Washington served a prison sentence for conspiracy to commit bank fraud. She served about four years in prison and was freed in March. Chaney went to prison for violating her parole after being charged with being an accessory after the fact. She served two years and was released in December 2021.

None of the four officers named in these recent claims have been criminally charged, which is why KTVU is identifying them with only the first initial of their last names.

In the past year, five officers including the former warden in the last year at this prison have been criminally charged by federal prosecutors with the crime of "sexual abuse of a ward" in an ongoing national scandal.  The Department of Justice has said that it's investigation into more criminal conduct is ongoing.

Since May, KTVU has learned that there are about two dozen other officers who have been put on leave as the federal government investigates them for sexual offenses, lying and possible drug offenses.

In a statement, the Bureau of Prisons told KTVU that "these claims [filed by Washington and Chaney] of staff misconduct at FCI Dublin, if true, are abhorrent."

The agency promised that the BOP is "fully cooperating with the Office of Inspector General on active investigations that relate to these allegations and will bring to justice those who abuse public trust."

The BOP would not release the full names of the officers or state whether they still worked for the prison system or not.

One of the four officers currently named in these two claims is under investigation, KTVU has learned. One is currently still working at the prison, one works at another federal agency and another is on medical leave, according to a source who works at the prison.

The latest claims filed by Washington and Chaney allege painful new allegations from 2019 to 2021.

One officer's name continually came up: Officer S., whose nickname, according to at least three incarcerated women and a prison employee, is "Dirty Dick."

One FCI Dublin employee, who asked for anonymity, told KTVU in an interview that Officer S. "terrorized the inmates," and could often be found "sitting in the dark eating bananas watching them." The employee said Officer S. preferred young Latina women.

The employee also said they reported Officer S. repeatedly over the years to superiors and "nothing ever happened."

But in an email obtained by KTVU, Officer S. challenged the assertions made against him, saying that he is a disabled veteran and that the women did horrible things to be incarcerated and shouldn't be believed because they only want money as the prison sex scandals grow. He also emphasized he has not been charged with any crime.

Despite his denial, the allegations against Officer S. are plentiful. 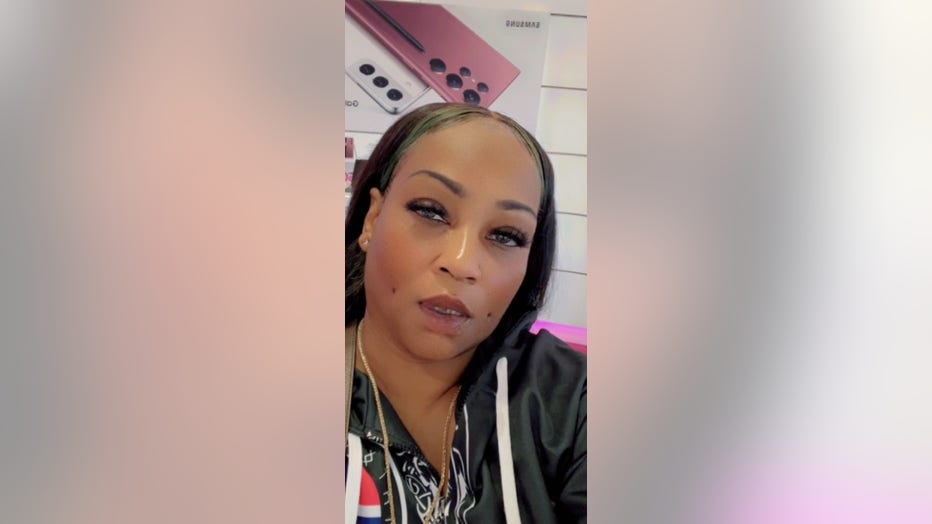 Linda Chaney filed a claim with the federal government alleging she has been sexually abused at FCI Dublin.

When Washington got out of COVID quarantine, Chaney became her new cellmate.

Both women said they were harassed by Officer S., according to Chaney's claim.

He would tell them "they'd better be naked" when he did his rounds so he could watch and look.

Officer S. repeatedly told the two that he had "friends in high places" and was "important," the claim alleges.

Separately, Aimee Chavira, who was transferred from FCI Dublin to a prison in Arizona, told KTVU in a video interview last week that Officer S. harassed her, too.

Chavira is not part of the legal claim against the prison. But she contacted KTVU hoping to air her story.

"He would lock me in my cell during COVID," she said. "Until I would show him my breasts through the crack in the door."

"I thought this is how it's going to be for the rest of my time here," she said.

She tried to change her situation, telling Officer S. that she was going to tell on him.

His response? Who are they going to believe, an inmate or a federal officer?

She said she felt "hopeless, worthless, depressed, scared and traumatized from all these abuse."

Chavira wrote everything down, disgusted that "no one listened or believed me."

The women named other officers, too, some of whom routinely asked them to get naked.

Washington said that when she was moved to the regular housing unit, Officer E. burst into her room after she had taken a shower to stare at her naked body. She could smell alcohol on his breath during this unwanted encounter.

Both Officer S. and Officer E. kept waking Washington up every 5 to 10 minutes, making her nighttime hours almost as tortuous as her daytime sexual harassment, her claim states.

Officer E. is one of the dozen officers currently on administrative leave as the department investigations allegations against him, KTVU has learned.

She was told that she was expected to turn a blind eye while the male officers came into the kitchen so they could take the incarcerated women to the refrigerators in back.

One of the officers, Foreman O., "repeatedly assaulted" Chaney when she went to return the cooking utensils. He would "rub his dick" up against her butt, according to her claim.

She tried to tell him to stop, and he answered: "Oh, my bad."

But the behavior didn't stop and he continued this rubbing action.

Chaney was scared to report the assaults because she did not want to be sent to the Special Housing Unit, or SHU, which would have been retaliation for his conduct.

Foreman O. could not be reached for comment. A source said he is currently still working at the prison.

Fear of speaking up is a repeated theme.

KTVU profiled the cases of two other women incarcerated at FCI Dublin who said just that: They were thrown in the SHU or given punishments for speaking up about sexual abuse.

Another woman who was released from prison is still so scared after being sexually abused by Officer Ross Klinger, that she sought witness protection until the officer is sentenced to prison himself. Klinger had plead guilty to the charges and is awaiting sentencing.

The recent claims filed by Washington and Chaney make a point of stating just how scared they were to report what happened to them, despite a federal law called the Prison Rape Elimination Act, established in 2003 to deter the sexual assault of prisoners.

For example, Chaney said she was contacted by the Special Investigative Supervisor several times to make statements about being inappropriately touched and treated.

But she was too afraid to say what she had actually seen and experienced.

Instead, she said she kept quiet, because she didn't want to face any punitive consequences.

"I was afraid to speak up, because for one, I didn't want to be put in special housing," Chaney told KTVU in an interview. "I mean, like, I didn't want my room tore up. It just seemed like if you don't go with the flow, they treat you worse."

She and Washington were finally released from prison, which is when they felt safe enough to report what happened to them.

"I was tired of kind of like holding it in," Chaney said. "I had to let it out because it was affecting me like mentally. This needs to be stopped. What if it happens to somebody else?"

Lisa Fernandez is a reporter for KTVU. Email Lisa at lisa.fernandez@fox.com or call her at 510-874-0139. Or follow her on Twitter @ljfernandez