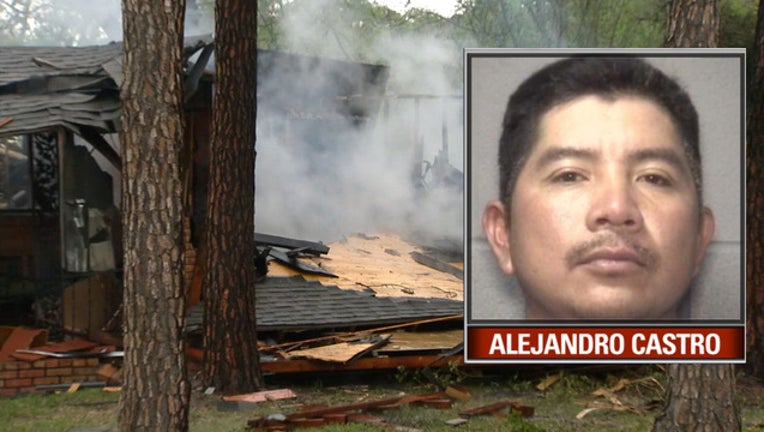 A driver who crashed into a Hurst house triggering an explosion has been placed on an immigration detainer.

Alejandro Enriquez-Castro was arrested at the scene on Myrtle Drive on Sunday for not having a driver’s license. He was found to have several unconfirmed aliases' and was transferred to immigration and customs enforcement.

Enriquez-Castro told police his SUV crashed into the house on Saturday because his brakes weren't working.

Three people inside the home were injured when it exploded due to an accumulation of natural gas inside the house. Two responding officers were also injured from the explosion.