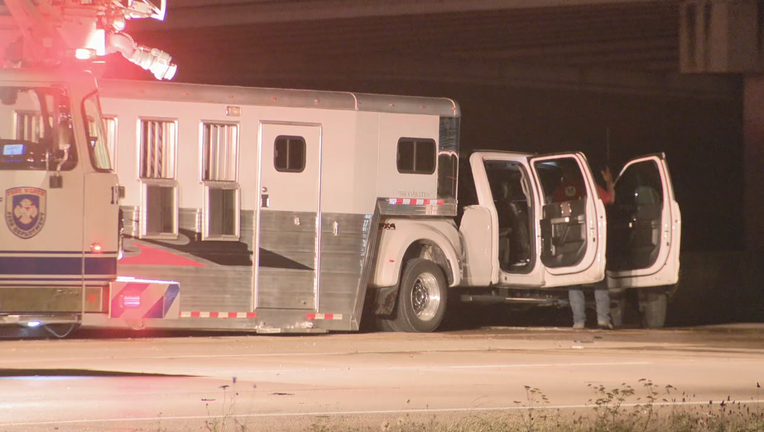 FORT WORTH, Texas - The driver of a pickup truck was killed in a crash on Interstate 20 in Fort Worth.

Fort Worth police said the May 2 crash that happened on in the westbound lanes of the interstate near Campus Drive around 2:30 a.m.

Murray Craddock was driving a pickup truck and hauling a livestock trailer when another car attempted to make a U-turn on the highway, causing the crash.

The pickup was totaled and Craddock was taken to a local hospital, where he was pronounced dead.

The driver who attempted to make the U-turn was hospitalized and is expected to be charged with intoxication manslaughter, police said.

Police blocked off all lanes of westbound I-20 for an investigation. The interstate was later reopened.