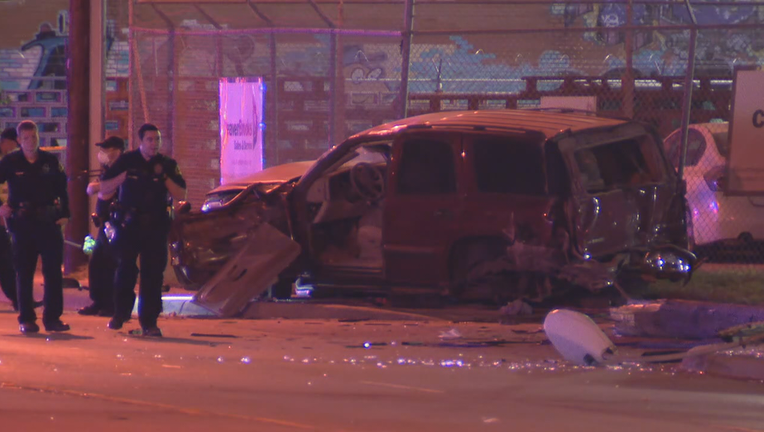 DALLAS - A man is dead and a homeless person in a wheelchair was injured in a crash in West Dallas early Saturday morning.

The wreck happened just before 2:30 a.m., as the 38-year-old driver of an SUV was eastbound near the 1900 block of Singleton Boulevard.

Police said the driver lost control, and slammed into a light pole, a DART bench, and a homeless person in a wheelchair.

The driver, whose name has not been released, was thrown out of the vehicle, and later pronounced dead at the scene.

The person in the wheelchair was taken to a hospital with non-life threatening injuries.

Police are trying to figure out what caused the driver to lose control.