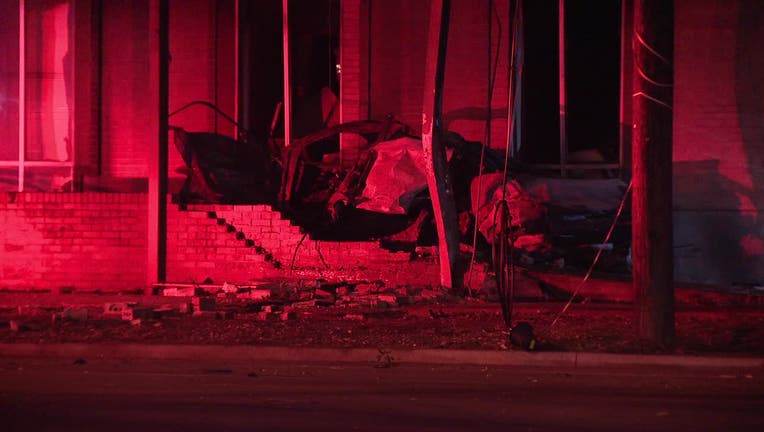 DALLAS - One person was killed in a fiery crash in West Dallas early Friday morning.

The car hit a utility pole, then crashed into a business, and burst into flames.

Firefighters found the victim inside after putting out the fire.

The driver's name has not been released.

Police are continuing to investigate what caused the crash.