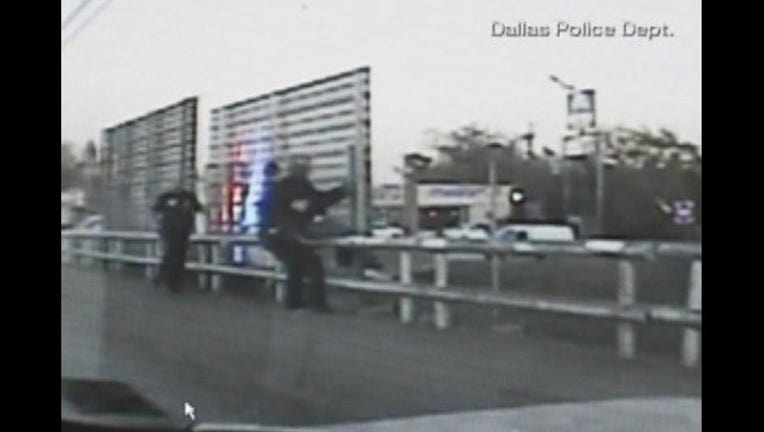 On November 26, 2014, an individual called 911 and stated that he was going to jump off the Martin Luther King overpass onto the traffic passing below on the S.M. Wright Freeway. Upon hearing the broadcasted call, Officer Daniel Mulvihill immediately notified the dispatcher that he was in the proximity and responded to the scene.

When Officer Mulvihill arrived on scene, he observed the individual standing on the outer ledge of the overpass, beyond the guardrail and holding onto the highway sign attached to the overpass. After broadcasting his location and the description of the individual, cover officers and Sergeant Bronco McCoy arrived on the scene and began communicating with the individual.

According to the Dallas Police Department, because of these well-coordinated tactics, a life was saved and in the process prevented numerous passing motorists below on the S.M. Wright Freeway from being harmed. The individual was subsequently transported for evaluation.

For their actions, Officer Mulvihill and Sergeant McCoy have been nominated for a Life Saving Bar.