The district says it's needed to keep class sizes low, but plenty of parents are not happy about the decision.

FRISCO, Texas - Frisco ISD approved new school boundaries that will move thousands of kids to different campuses for the next school year.

The district says it's needed to keep class sizes low, but plenty of parents are not happy about the decision.

Frisco is the fastest-growing city in the state and one of the fastest in the country. Monday’s action by the board of trustees is a reminder of some of those growing pains.

The Frisco ISD board of trustees voted Monday night to move forward with a rezoning plan that’ll move more than 2,000 students to different schools.

It was a frustrating decision for more than 100 parents at the meeting. Some parents were even brought to tears.

Next school year, the district will open a new high school and elementary school near the PGA Frisco Resort, affecting about a thousand students. 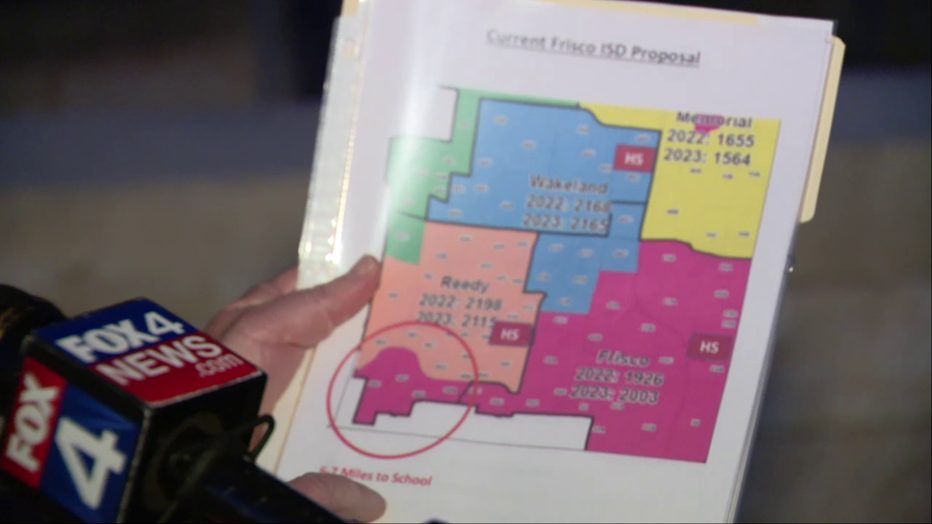 On top of that, an additional 1,100 students will be moved to different schools to ease overcrowding.

The district says without rezoning three different high schools, an elementary school and a middle school will be overpopulated next school year. The district says overall the move will affect 3% of students.

Some parents of those 3%, however, point to the distance their children are being moved. Some drive times will take twice as long. They wonder if there’s a better way to handle the growth in a way that doesn’t separate their children from their friends or move them across town.

The district says without rezoning it would be at risk of exceeding the UIL’s cutoff for 5A schools and their sports programs and says it doesn’t want to risk being forced to jump to 6A.