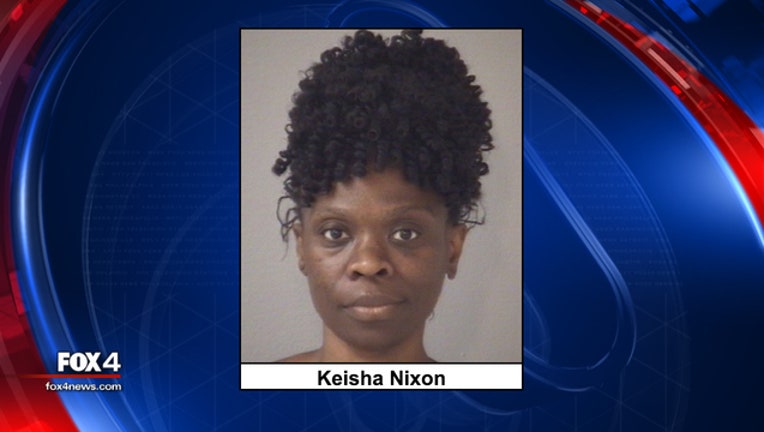 DESOTO, Texas - A DeSoto woman is facing charges for shooting her husband in their home last week, but she claims it was in self-defense.

Keisha Yvette Dixon has been charged with aggravated assault with a deadly weapon causing serious bodily injury to a family member in the case.

Police say the shooting happened just before 1:45 p.m. on July 31, when officers responded to a shooting call in the 900 block of Place Louie.

They found a man with several gunshot wounds, and saw a woman, later identified as the victim’s wife – Dixon - leaving the home.

The victim went to the hospital in critical condition.

The Nixon told police she shot him in self-defense after the two had an argument.

But investigators say her story didn't line up with evidence found at the scene, and she was arrested on Aug. 2.

Additional charges are possible as police continue their investigation.