A grieving Benbrook mother wants to know who murdered her son who was a high school senior who just turned 18 this month.

BENBROOK, Texas - A grieving Benbrook mother wants to know who murdered her son who was a high school senior who just turned 18 this month.

Tarrant County sheriff's deputies say they responded to a disturbance and found an 18-year-old with injuries to his head. He died at a hospital.

The boy’s family says he was attacked in his neighborhood. He was found just a couple of houses down from his own.

Nelly Ramirez has a desperate plea for answers after her 18-year-old son, Leo David Pantalion, died Tuesday just one day after he was found with severe wounds to his head.

"I want justice for my son because they took my son away," she said. "I want my son, and I can’t have him anymore."

Pantalion’s family members say the senior at Benbrook High School was excited to graduate next month. 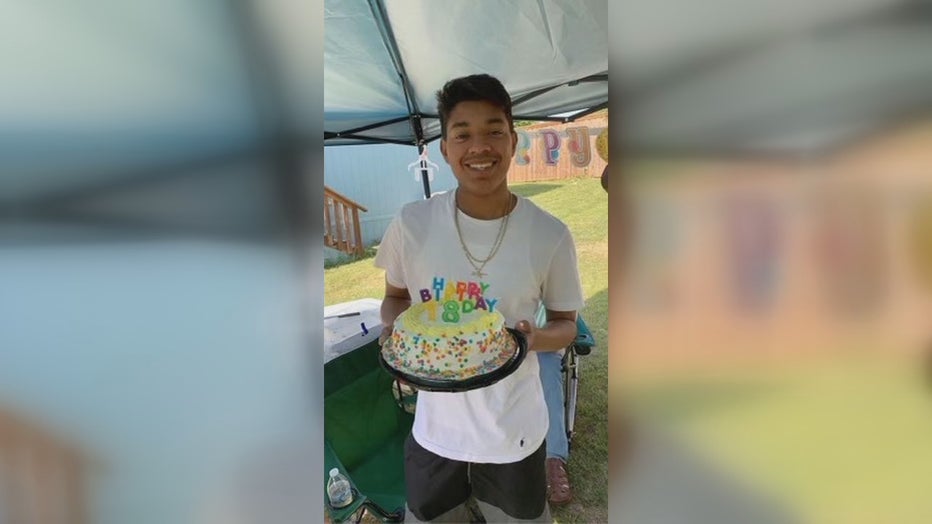 "He was just taken away from us, and we just want to know who did this. Why they did this," said Christina Gonzalez, Pantalion’s aunt. "He was amazing. He had a smile that would light up a room. He had these pearly white teeth. He hated being dirty. He was always clean. He was a good kid."

The Tarrant County Sheriff’s Office says they got the call around 3:15 a.m. Monday about a disturbance in a neighborhood just south of Benbrook in southern Tarrant County.

Investigators would not give details about the call but say when they arrived, they found Pantalion injured. He was taken to JPS Hospital in Fort Worth where he died Tuesday morning

"I just know he was attacked right here in this neighborhood right down there," Gonzalez said. "Three houses down is where they found him."

Gonzalez says her nephew was attacked by a group of people but doesn’t know much more than that.

Investigators have not said whether they’re looking for a suspect or suspects in this case.

"What they did was not right," Gonzalez said. "They’re monsters."

Pantalion’s classmates told FOX4 he had plenty of friends and was well-liked at school.

"He loved his mama," Gonzalez said. "He would tell her every night that he loved her and gave her a kiss."

Their last celebration together was Pantalion’s 18th birthday, which happened to fall this year on Mother’s Day.

"Just turned 18 years old. He was supposed to graduate next month, and they robbed him of that," Gonzalez said.

The school district released a short statement expressing thoughts and prayers for the family.

The Tarrant County Sheriff’s Office declined to comment on camera.

The family is planning a private funeral.