DENTON, Texas - The city of Denton is on record against enforcing any tough new state anti-abortion laws.

Abortion rights advocate marched outside city hall Tuesday as council members voted to make investigating abortions a low priority. That means asking police not to prioritize claims of illegal abortions being performed in the city.

The resolution also takes resources away from those investigations. 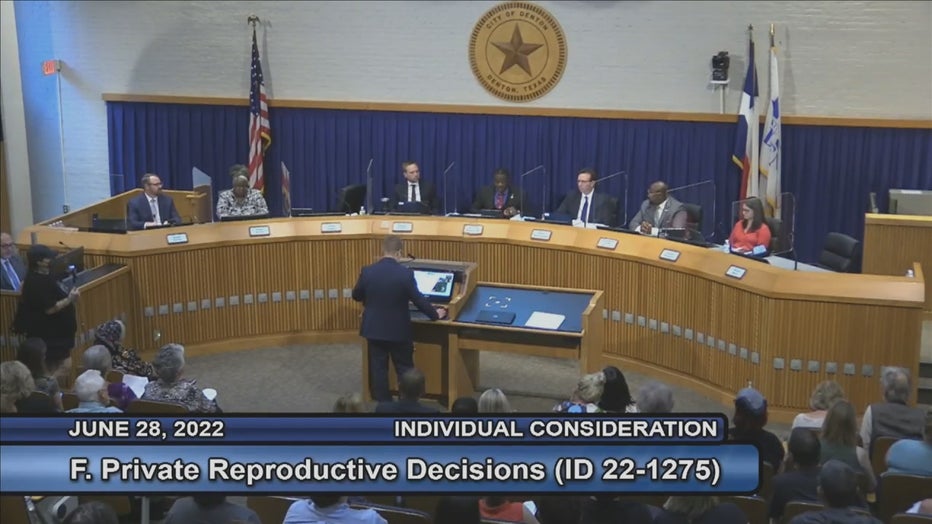 The council said it is in response to the Texas trigger law which will make abortion care a felony 30 days after all the paperwork is filed and Roe v. Wade is officially overturned.

Before the vote, council members heard two hours of emotional public comment from people on both sides of the issue.

"Keep your minds open to this. This is a personal decision for all women. Please vote yes to this proposal. We should not be wasting money for our police officers to be finding people who are making a personal choice," one resident said.

"I think it would be absolutely inappropriate to pass this resolution," another resident argued. "We have to come together to solve problems in the past by forming a consensus and this is not doing that. It’s just dividing our people and we don’t need to rush into something like this."

The resolution also said city funds will not be used to store abortion-related data.

A similar measure is being considered in Austin.