Denton landlord arrested after confronting tenant with a gun

Denton police arrested a 68-year-old man for aggravated assault with a deadly weapon after a video shows him confronting a tenant with a gun. When FOX 4 spoke to the landlord, he did not deny his role in the confrontation.

DENTON, Texas - Denton police arrested a 68-year-old man for aggravated assault with a deadly weapon after a video shows him confronting a tenant with a gun.

When FOX 4 spoke to the landlord, he did not deny his role in the confrontation. 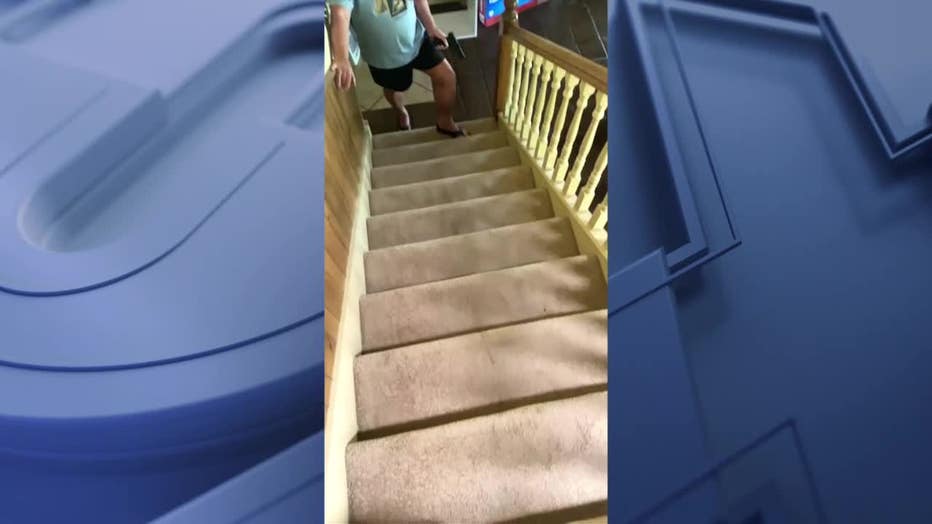 Alzahrani says it all happened because he wanted to cook some eggs.

Young was arrested Wednesday for aggravated assault with a deadly weapon but released on bond later that day.

Young told FOX 4 he had a verbal agreement with Alzahrani that he wouldn’t use the kitchen in exchange for cheaper rent.

"So all of a sudden after two weeks, he decides he’s going to cook eggs," Young said.

"So I just picked up the pan and carried it upstairs and tossed it in his bedroom," he said. "He gets right in my face and says, ‘I’m warning you. Don’t touch me again.’" 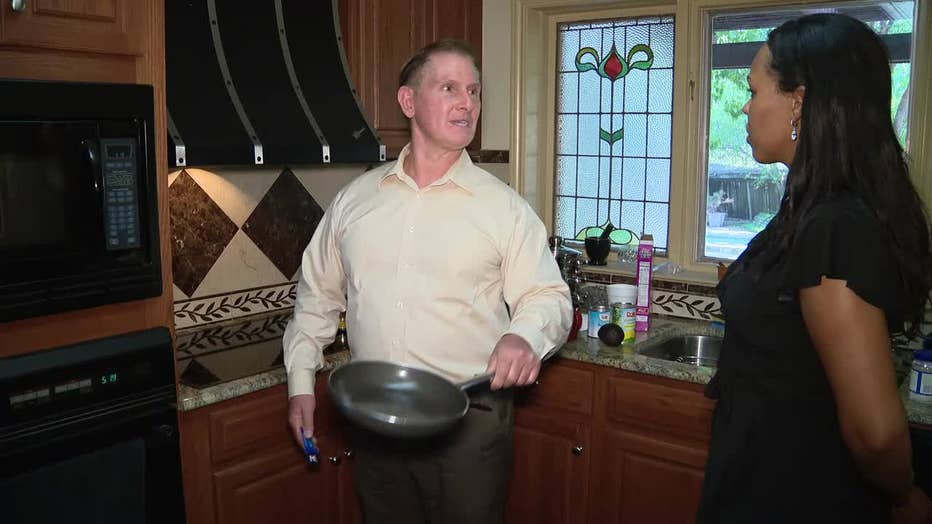 After two hours of arguing, Young says he called Denton police. Investigators say they stopped by but determined no crime had been committed.

A few hours later, Denton police came back out again after Alzahrani called them. Police say Young denied making any threats, and he refused to allow officers to see his firearm.

At the time, Alzahrani said he didn’t want to press charges.

Detectives interviewed Alzahrani and Young again as the investigation continued. Alzahrani changed his mind. He told police he felt threatened.

Then on Monday, police say Young sent police an email.

"Briefly, this fleeting thought that maybe I just should shoot him goes through my mind, and I wrote that in an email message to a detective," he said. "And they left out all of the explanation, and that is that I very quickly and easily resisted that temptation."

Police say that email prompted them to make an arrest.

Young says in hindsight, "I should’ve taken a moment to pray about it."

Alzahrani says his lease mentions he couldn’t use the pool but never mentioned anything about the kitchen. He says Young agreed to return a portion of his deposit back, and he moved out right after the gun incident.