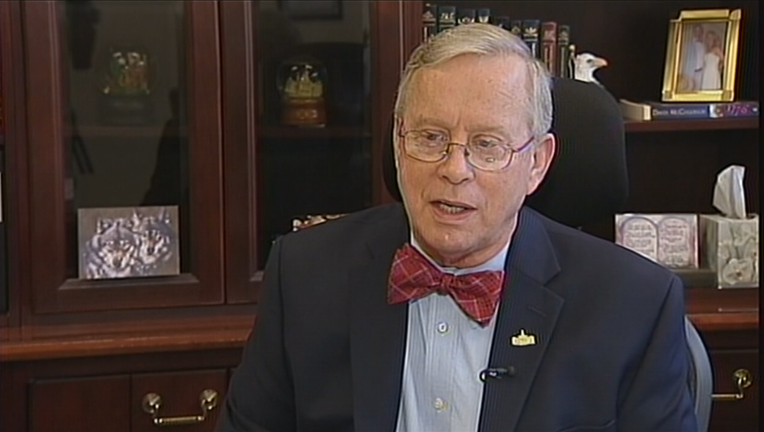 Democrats running to replace the late U.S. Rep. Ron Wright, R-Arlington, believe they can flip the seat in an unpredictable off-year special election. But Democrats at large are not as sure — or willing to say it out loud.

That is becoming clear as campaigning ramps up for the May 1 contest, when 23 candidates — including 11 Republicans and 10 Democrats — will be on the ballot in Texas’ 6th Congressional District. With so many contenders, the race is likely to go to a mid-summer runoff, and Democrats involved hope they can secure a second-round spot on their way to turning the district blue.

While Democrats have cause for optimism — the district has rapidly trended blue in recent presidential election results — some are urging caution. They are mindful of a few factors, not the least of which is a 2020 election cycle in which high Democratic expectations culminated in deep disappointment throughout the ballot.

"We’re not counting our chickens before they hatch and we’re gonna work to earn every vote," said Abhi Rahman, a Texas Democratic strategist who previously worked for the state party. "This is not a bellwether. This is the first of many battles that will eventually lead to Texas turning blue."

"It absolutely is a competitive race," said Stephen Daniel, the 2020 Democratic nominee for the seat, who opted against running in the special election. He added he thinks that national Democrats need "to get involved because I think the more resources you have to get out there and help you reach these voters can only help."

On the flip side, Wright, who died in February weeks after testing positive for the coronavirus, won the seat when it was open in 2018 by 8 points and by 9 points in 2020. Both times the seat was a target of the Democratic Congressional Campaign Committee, though the designation came late in the cycle and the group did not spend significant money in either election.

And while Trump carried the district by only 3 points in November, every other statewide Republican candidate, including U.S. Sen. John Cornyn, won it by more comfortable margins ranging from 6 to 8 points.

Whether to engage could be an especially difficult decision for the DCCC, which made a show of going on offense in Texas last cycle, opening an office in Austin early on and building a target list that grew to include 10 Republican-held districts, including Wright’s. They ended up flipping none of them.

Asked for comment for this story, a DCCC spokesperson pointed to comments that the committee’s chairman, Sean Patrick Maloney, made to The Washington Post in mid-February. Asked if the DCCC would compete in the special election, Maloney said the committee was "looking at it" but that Democratic members were currently focused on helping constituents recover from the deadly winter storm that had just battered the state at the time.

Democrats make up 10 candidates in the 23-way race. The more prominent Democratic candidates include Jana Lynne Sanchez, the party’s 2018 nominee for the seat; Lydia Bean, the Democratic challenger last year to state Rep. Matt Krause, R-Fort Worth; and Shawn Lassiter, an education nonprofit leader from Fort Worth.

It is still somewhat early relative to the special election timeline — the filing deadline was March 3 — but at least two Republican contenders are already running TV ads, and some Democrats worry they could get locked out of the runoff if the national party does not start paying closer attention.

Lassiter, in a statement for this story, said Democrats cannot "sit on the sidelines and watch the failed leadership of the Republicans be a disservice to our communities."

"Texas' 6th is eager to elect someone who represents our growing diversity and who has the political courage to serve the people," Lassiter said. "With the right candidate and with Democratic investment, we can flip this district and win."

Lassiter is one of at least two Black Democrats running, one other being Mansfield pastor Patrick Moses. Twenty-seven percent of 2020 Democratic primary voters in the district were African American, according to the Lassiter campaign's analysis. Thirty-three percent were Black in the lower-turnout 2018 primary.

Lassiter is not the only candidate contemplating a potential all-GOP runoff. A recent polling memo provided to another Democratic campaign warned that a Democratic lockout is a "real danger."

Kelly Blackburn, chairwoman of the Ellis County Democratic Party, said she thinks "some people will start coalescing toward or one or two [Democratic candidates] by April, but we’ll see." As for investment in the race by national Democrats, she said she "would welcome it, and I’m sure the candidates would as well."

"If we really wanna fight for it, I think we need more money — and big money," Blackburn said.

The Republican side is headlined by veteran GOP activist Susan Wright, Ron Wright’s widow. Some of her most serious-looking GOP competitors include state Rep. Jake Ellzey of Waxahachie and Brian Harrison, the former chief of staff at the U.S. Department of Health and Human Services under President Donald Trump; and Sery Kim, another former Trump administration official. One wild card is Dan Rodimer, the former professional wrestler who ran for Congress last year in Nevada and scrambled to file last-minute for the Texas special election.

Some of the Democrats are already finding convenient foils in the GOP field. Bean has repeatedly called out Rodimer on social media and sent fundraising emails targeting Harrison at length, deriding him as "Bootlicker Brian." (He has taken encouragement from the attacks.)

For now, though, the Democrats may have to focus on differences among themselves if they want to advance to an anticipated runoff against a Republican.

During one of their first major forums last week, the Democratic field was largely harmonious. Sanchez and Bean leaned heavily on their previous campaign experience to argue they were best positioned to turn out Democrats for the special election. Sanchez also brought up a sore subject for Democrats last election cycle.

"I think we saw from 2020, where down-ballot was extremely disappointing, despite all of our efforts, that what was missing was the door-knocking, and you can’t substitute TV for door-knocking — so it’s very important to me that we continue that," Sanchez said, adding that she had already hired two field staffers and her campaign is "going to be door-knocking every day and I will be out there as well."

"You may remember that just four months ago, I ran for the Texas House here in Tarrant County and we had one of the strongest field programs in the whole state of Texas," said Bean, who also touts that she raised over $1 million in her November challenge to Krause, who won by 9 points.

Bean got one of the first major endorsements among Democratic candidates last week, unveiling the support of the Tarrant County AFL-CIO. Sanchez, meanwhile, launched with $100,000 raised and a list of 10 endorsements from across the district, and she has led the Democratic field in the two private surveys of the race that have surfaced so far, though large shares of respondents were undecided in each.

National Republicans are dismissive of Democratic ambitions in the district. In a statement for this story, a spokesperson for the National Republican Congressional Committee, Torunn Sinclair, said Democrats "should be talking less about their laughable prospects in Texas’ 6th Congressional District and spending more time fixing the border crisis they’ve created."

Still, some of the GOP candidates are not discounting how competitive it could be for Democrats, if only because it reinforces their campaign strategies. After Ellzey launched his campaign, he emailed supporters that he was running because he heard from people in the district that they "don’t want liberals taking away our voice in Congress."

"I think the Democrats could flip this seat," Harrison said in an interview, putting an emphasis on "could."

"They’re gonna throw everything at it, and that’s why the Republicans absolutely have to rally for the strongest possible candidate in the field," Harrison added, pitching himself as the only contender with "deep roots in the district, small-business experience here and a track record of going to Washington" and making change.

"Democrats view Texas congressional special election with a mix of optimism and caution after disappointing 2020" was first published at https://www.texastribune.org/2021/03/23/texas-congressional-district-6-special-election-ron-wright/ by The Texas Tribune. The Texas Tribune is proud to celebrate 10 years of exceptional journalism for an exceptional state.