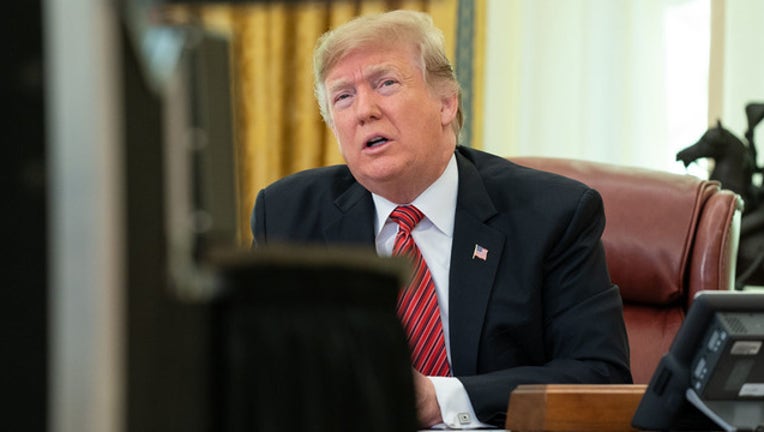 The administration is trying to peel off Democratic support for Trump's demand for border wall money and negotiate directly with centrist lawmakers and some newly elected freshmen, including those in districts where Trump is popular.

The White House did not immediately say which Democrats were invited, and several freshmen Democrats contacted by The Associated Press said they had not received an invitation. One centrist Democrat said the administration strategy was "grasping at straws."

The outreach was a shift for the White House as the shutdown is now in its 25th day, with no resolution in sight.

RELATED: When will the shutdown end?

House Democrats announced they would cancel their district work period next week and have lawmakers remain in Washington amid the shutdown stalemate.

Pelosi had approved of lawmakers attending the meeting, telling her team that the group can see what she and others have been dealing with in trying to negotiate with Trump to end the shutdown.

Pelosi predicted that after meeting with Trump the lawmakers will want to make a "citizen's arrest," according to the aide, who wasn't authorized to publicly discuss the meeting and spoke on condition of anonymity.

Lawmakers invited to the White House include centrist Democrats from districts where Trump is popular, including freshmen.

Rep. Jim Cooper, D-Tenn., said he attended a meeting of fellow centrist Democrats on Monday night and that a handful of members, most of whom represent districts Trump carried in 2016, were invited.

Rep. Jim Himes of Connecticut, another centrist Democrat, said the White House is "grasping at straws."

"The majority of Americans understand exactly what is happening here," he said. "The president could open the government tomorrow and he refuses to. We're very conscious of the fact that this is a bully and when you allow him to succeed by holding the government hostage you can expect to see that play run again."

Senate Majority Leader Mitch McConnell said on the Senate floor that it's up to Democrats to get the country off the "political carousel" of the shutdown fight. The Kentucky Republican said Democrats have turned Trump's wall into "something evil" and have engaged in "acrobatic contortions" to avoid dealing with the security and humanitarian crisis at the southern border.

With the government shutdown now in its fourth week, negations between the White House and Congress are at a standstill. Trump has demanded $5.7 billion for the border wall; Democrats are refusing but are offering money for fencing and other border security measures.

Trump has rejected a short-term legislative fix and dug in for more combat, declaring he would "never ever back down." The president also edged further away from the idea of trying to declare a national emergency to circumvent Congress.

"I'm not looking to call a national emergency," Trump said Monday. "This is so simple we shouldn't have to."

Congressional Republicans were watching Trump for a signal for how to move next, and Democrats have not budged from their refusal to fund the wall and their demand that he reopen government before border talks resume.

RELATED: Furloughed workers feeling the pressure as shutdown drags on

House Democrats plan to hold votes this week on legislation this week that would reopen the government into February, but Republicans are rejecting those bills out of hand. Minority Leader Kevin McCarthy, R-Calif., called the votes "political theater" and said the legislation will not pass the Senate.

In addition to the White House outreach to centrist House Democrats, about a dozen senators from both parties met Monday to discuss ways out of the shutdown gridlock. Participants included Graham and Sens. Susan Collins, R-Maine, Joe Manchin, D-W.Va., and Tim Kaine, D-Va.

Sen. John Cornyn, R-Texas, McConnell was aware of the group's effort but added, "I wouldn't go so far as to say he's blessed it." The odds of the group producing a solution without Trump's approval seemed slim.

Meanwhile, the effects of the 25-day partial government closure were intensifying around the country.

Some 800,000 federal workers missed paychecks Friday, deepening anxieties about mortgage payments and unpaid bills, and about half of them were off the job, cutting off some services. Travelers at the Atlanta airport, the nation's busiest, dealt with waits of more than an hour Monday as no-shows by security screeners soared.

Trump spent been tweeting aggressively about Democratic foes as he tried to make the case that the wall was needed on both security and humanitarian grounds. He stressed that argument repeatedly during Monday's speech at a farming convention in New Orleans, insisting there was "no substitute" for a wall or a barrier along the southern border.

He has continued to insist he has the power to sign an emergency declaration to deal with what he says is a crisis of drug smuggling and trafficking of women and children at the border. But he now appears to be in no rush to make such a declaration.

Instead, he is focused on pushing Democrats to return to the negotiating table — though he walked out of the most recent talks last week.

White House officials cautioned that an emergency order remains on the table. Many inside and outside the White House hold that it may be the best option to end the budget standoff, reopening the government while allowing Trump to tell his base supporters he didn't cave on the wall.

However, some GOP lawmakers — as well as White House aides — have counseled against it, concerned that an emergency declaration would immediately be challenged in court. Others have raised concerns about re-routing money from other projects, including money Congress approved for disaster aid. Lawmakers on both sides of the aisle have also warned that acting under an emergency order would set a troubling precedent for executive power. 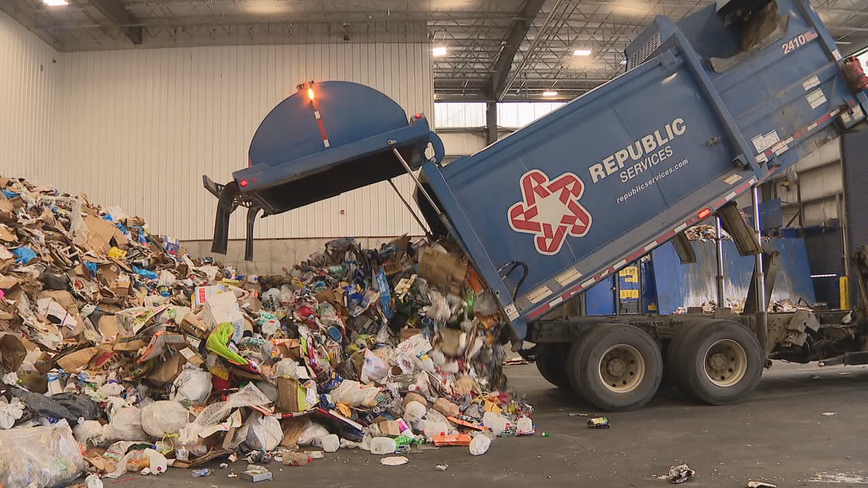