The strain of the COVID-19 virus first seen in India poses a new threat in this country. FOX Medical Team reporter Beth Galvin joined Good Day to talk about what is being called the delta variant. It's now in at least 80 countries and in Great Britain has delayed the ending of pandemic restrictions.

DALLAS - A new strain of the virus that causes COVID-19 is being seen increasingly in North Texas.

Doctors at UT Southwestern have been tracking the virus and the various strains. They said the delta variant first seen in India may soon be the most common strain in the area.

The delta variant which is now in at least 80 countries is said to be more contagious and can cause more severe symptoms.

FOX Medical Team reporter Beth Galvin said it seems to be the most efficient variant of the coronavirus when it comes to spreading.

"It is a very effective spreader. They think the delta variant is about 60% more transmissible than the previous variant that swept through Britain and some of Europe. And that's known as now the alpha variant. And that variant was about 60% more transmissible than the original strain of the virus. So you're talking about maybe a much more amped-up virus in terms of its ability to move from one person to another," she said.

Both the Moderna and Pfizer vaccines are believed to be effective against it. It’s not yet clear how effective the Johnson and Johnson vaccine is against the strain.

Galvin said European countries where vaccination numbers are low are seeing an increase in hospitalizations because of the delta variant. Areas of the United States with high vaccination rates have less to worry about.

Meanwhile, the number of new COVID-19 cases reported in Texas was unrealistically low on Monday because many counties are no longer reporting on Sunday.

A better picture... Texas is averaging 25 deaths a day. That’s the lowest in a year. 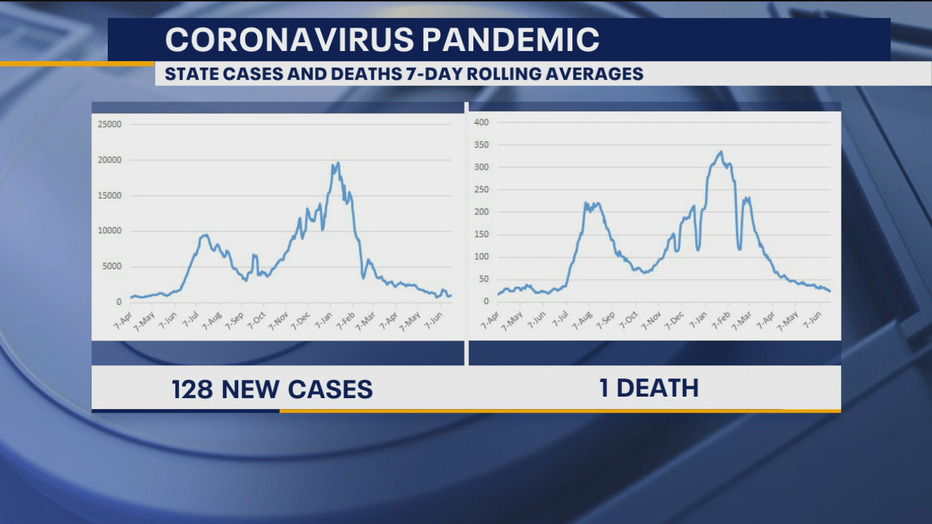 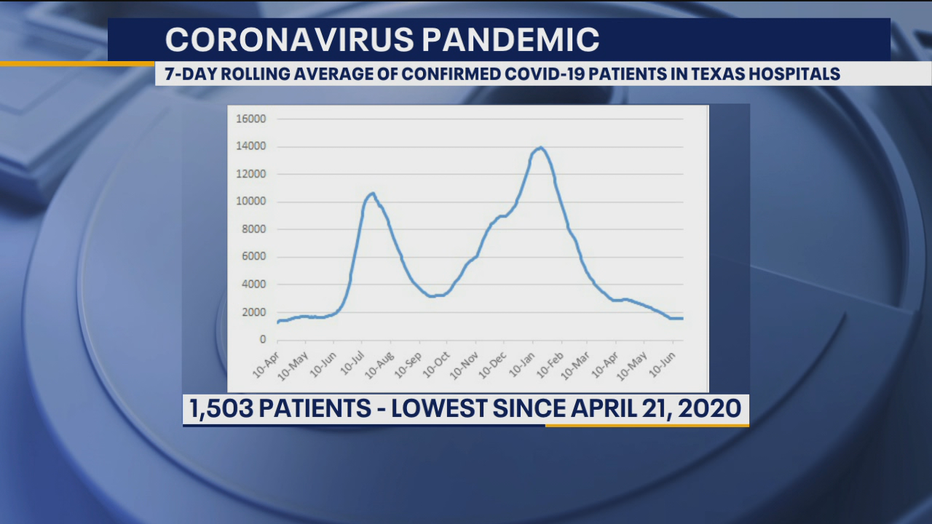 In North Texas, there were 238 new cases and 11 deaths reported across the four most populous counties. That’s despite the fact that Dallas and Denton counties report two days’ worth of data since they don’t report on Sunday.

The number of COVID-19 patients in Texas hospitals is also at its lowest level in 14 months. The number – 1,500 patients – is down 28% from one month ago. 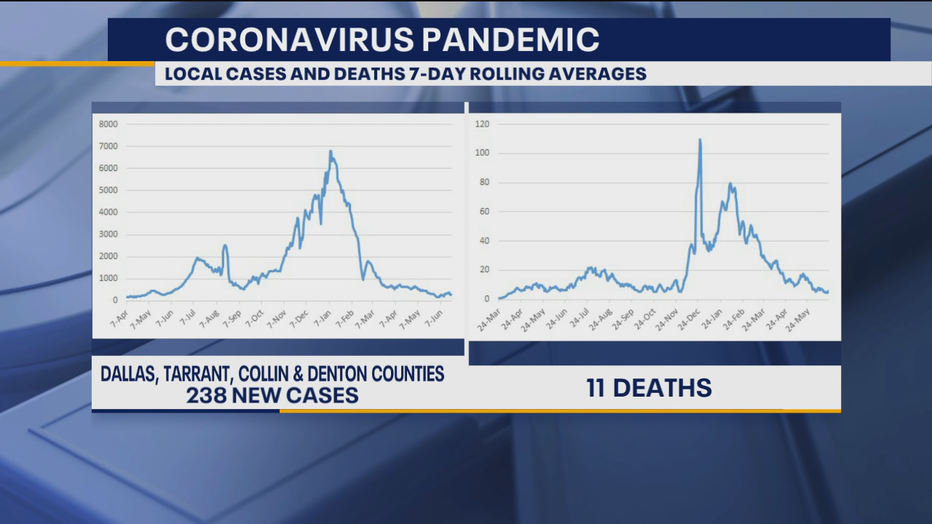 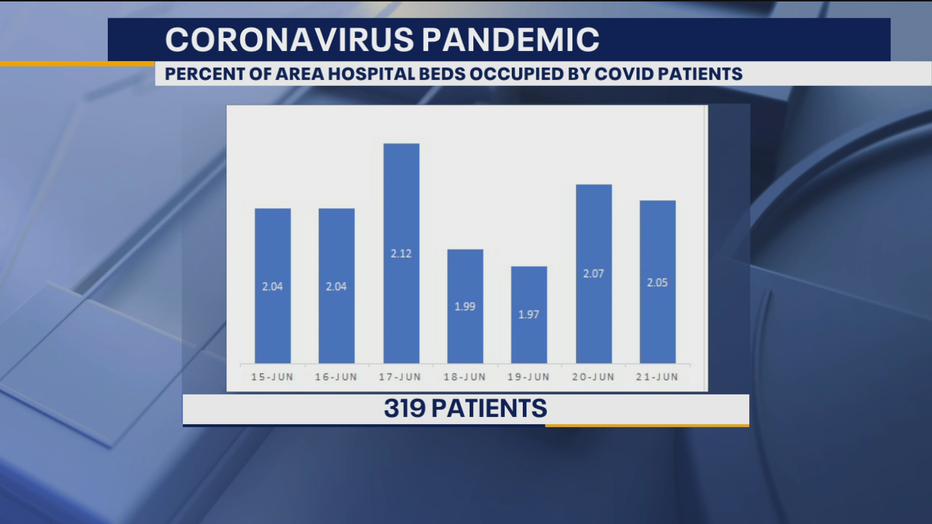 In the 19-county North Texas hospital region, the number is just 319. That’s down 15 from the day before.

The percentage of beds occupied by COVID-19 patients in North Texas remains low at just over 2%.