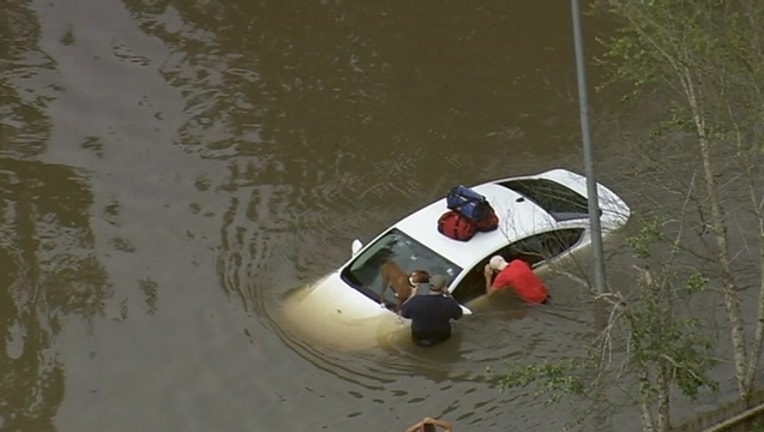 HOUSTON (AP) — The death toll has reached eight in Southeast Texas flooding after storms dumped more than a foot of rain.

Officials in Harris County confirm six deaths since the rain began last weekend, inundating parts of Houston and nearby communities. Another drowning happened in Waller County.

The Houston Independent School District, which is the state's largest with about 215,000 students, resumed classes Wednesday after two days off due to flooding.

A sinkhole about half the size of a vehicle has opened in northwest Dallas, where recent rains left behind street flooding.