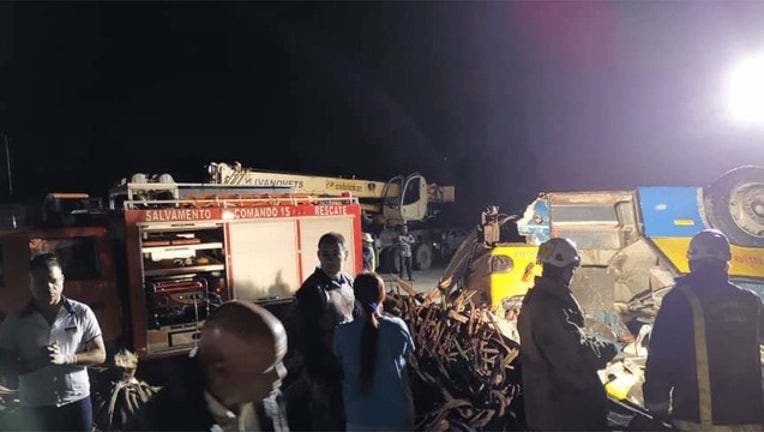 The Cuban capital was battered late Sunday and early Monday by powerful winds and heavy rains. A blackout hit many Havana neighborhoods around 9 p.m.

Early Monday, President Miguel Diaz-Canel posted photos of himself on Twitter with rescue workers besides what appeared to be a vehicle overturned by the storm.

Little further information about the storm appeared in state media. Photos posted by Cuban media and Havana residents on Twitter showed cars crushed by fallen light posts and cars trapped in floodwaters around the city.

One local radio station said on Twitter that the neighborhoods of Regla and 10 de Octubre and the town of San Miguel de Padron had been affected by the tornado.

Copyright 2019 The Associated Press. All rights reserved. This material may not be published, broadcast, rewritten or redistributed.