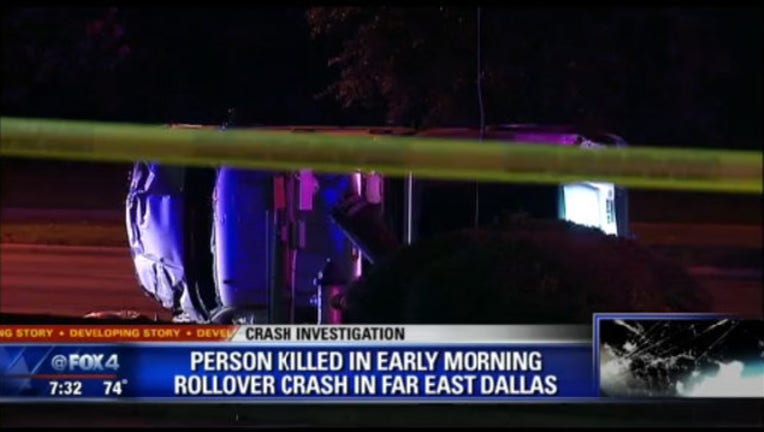 A pickup truck driver died in a crash in the Linwood Park neighborhood of east Dallas Sunday morning.

The crash happened around 5:00 a.m. on Ferguson Road.

Police found the truck on its side after it hit several light posts and flipped several times.

The northbound lanes of Ferguson Road, near Lakeland drive were closed while authorities investigated the crash. The lanes are now back open.