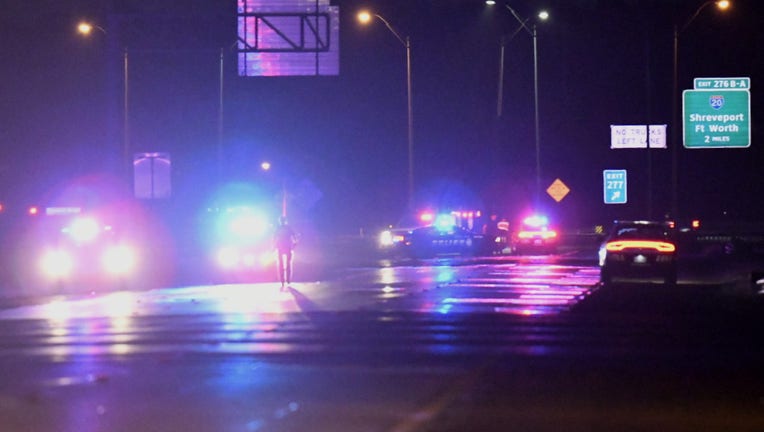 DALLAS - A woman walking along a Dallas interstate was hit and killed by an 18-wheeler.

It happened Tuesday around 12:30 a.m. Police say a woman was walking northbound on I-45 between Simpson Stuart Road and Great Trinity Forest Way.

Police say the woman was walking in the roadway when she was hit by the 18-wheeler.

The driver says he wasn’t able to avoid the woman. He stayed at the scene and cooperated with the investigation.

Police say the driver will not be charged.