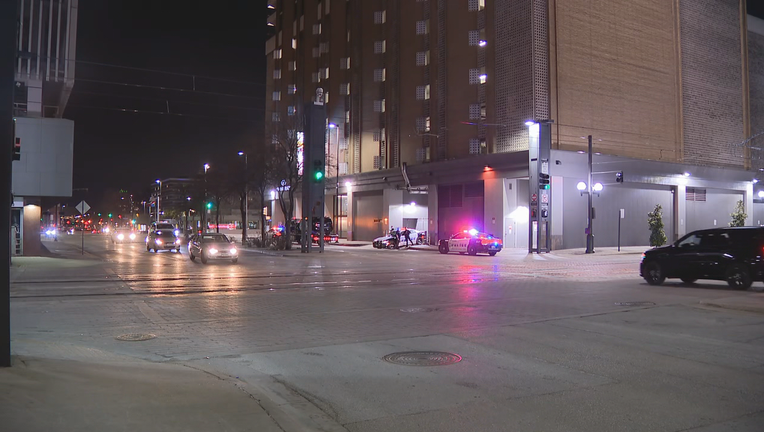 DALLAS - DART police are investigating a collision between a light rail train and a Dallas Police Department SUV Friday night.

The crash happened just after 6 p.m., at North Griffin Street and Pacific Avenue in Downtown Dallas.