People who live and work in part of downtown Fort Worth were evacuated last night because of a gas leak.

FORT WORTH, Texas - People who live in a Fort Worth high rise were evacuated overnight because of gas leak.

Atmos Energy crews are in the process of taking down barricades and reopening several streets in Downtown Fort Worth.

A spokesman for the utility company said the gas leak has been repaired.

The ruptured pipe caused quite a disruption for people on Tuesday. 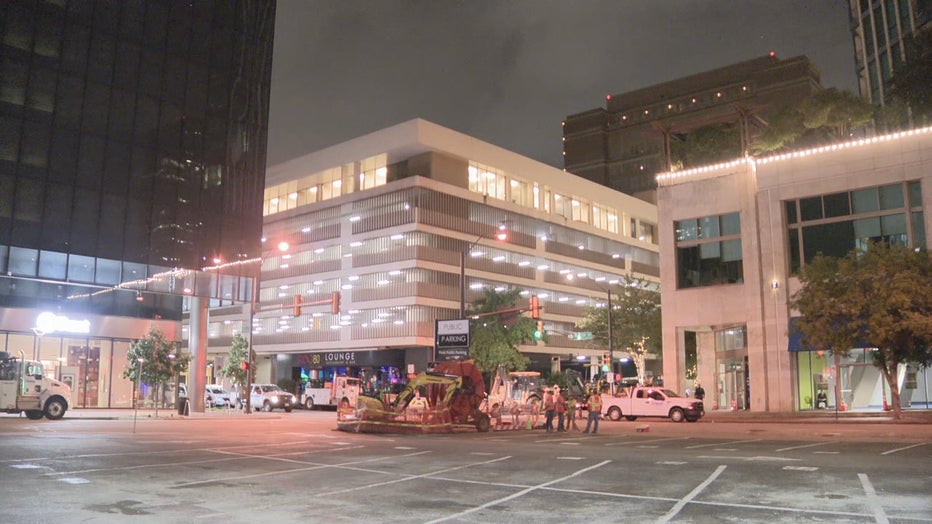 Atmos said a construction crew in the area not related to the utility damaged a natural gas pipe Tuesday afternoon.

As a safety precaution, evacuations were ordered for a number of businesses and some residential buildings in the area. Most of those were lifted Tuesday night.

But the residents at the Tower at 500 Taylor Street near Sundance Square had to stay out of their homes overnight because of the high levels of gas still in the building.

The American Red Cross helped them find places to stay and opened an emergency shelter at a nearby church.

Atmos said those residents will likely be allowed back into their building later in the day.

READ MORE: 11-year-old killed after being hit by car while crossing Fort Worth freeway