Doctors we spoke to say there are currently medications to treat symptoms of Alzheimer’s. But this new treatment could mean hope for some to allow those with this disease to be able to continue to function on their own for longer.

DALLAS - For the first time in nearly 20 years, the FDA has approved a new treatment option for patients with Alzheimer’s Disease.

Early data shows the treatment can help slow the disease, but some researchers have raised doubts on if the drug actually works.

Doctors we spoke to say there are currently medications to treat symptoms of Alzheimer’s. But this new treatment could mean hope for some to allow those with this disease to be able to continue to function on their own for longer. 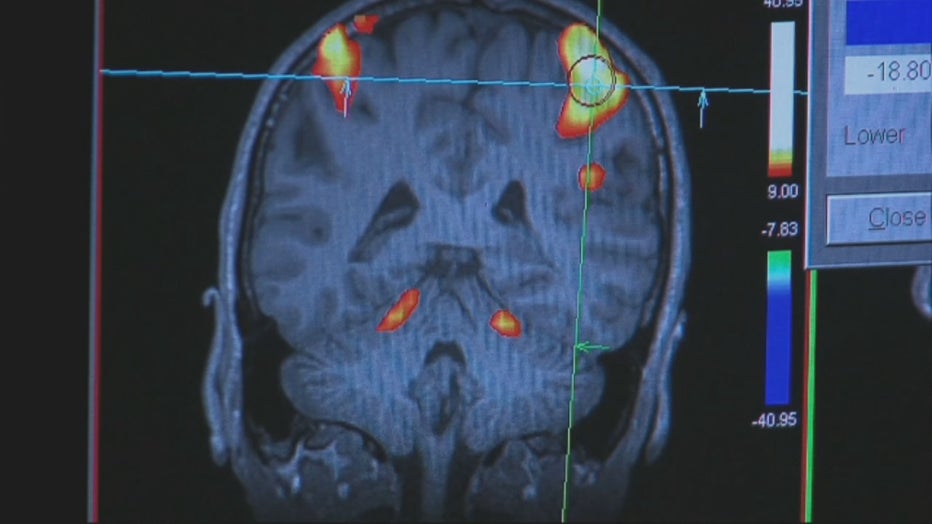 After years of waiting, there is some hope for families like Jan and Randy Haberer from Dallas.

Jan was diagnosed with mild cognitive impairment, or an early stage of memory loss, in 2013 when she was just 53 years old.

"We decided we were going to jump in with all of our feet and attack it and attack life as though there’s nothing stopping us," she said.

Since then, the Haberers have gotten involved with the Alzheimer’s Association to raise awareness.

This week, the FDA approved Aducanumab as a treatment that could help slow the progression of Alzheimer’s. It’s welcome news to many, including the Haberers.

"Just the fact that there’s so much research and new developments underway throughout the whole world is very, very encouraging and hopeful," Jan said. "We do believe we will see a cure in our lifetime."

Currently, some medications do exist to help with symptoms of the disease. But otherwise, treatments are to maintain a healthy lifestyle. Doctors say this new treatment offers patients another option.

Dr. Diana Kerwin with the Kerwin Medical Center in Dallas specializes in Alzheimer’s Disease. She says data from clinical trials is promising, although the FDA says there are some uncertainties to the drug’s benefits.

"This is not a cure, but it definitely is a breakthrough," she said. "You started to see a difference, a slowing of the progression in the patients that had received the drug versus the ones that were receiving placebo. So it wasn’t that they reversed or all of a sudden their memory was improved, but they weren’t progressing as quickly as the patients that were not receiving the medication."

"I hope it gives people hope and lessens the fear of getting a diagnosis," Randy said. "Because there is hope it can get better."

The new treatment is an IV infusion required for about an hour once a month. Studies are still ongoing to see how long patients would need to continue treatment.