The decision by the city of Dallas to turn over Reverchon Park to a private management group is already causing confusion.

DALLAS - The decision by the city of Dallas to turn over Reverchon Park to a private management group is already causing confusion.

An amateur baseball league and a Dallas ISD school that uses the park were locked out and told they would have to find another place to play.

But the city has now reversed that decision.

FOX 4 contacted the city on Friday after learning the North Texas Amateur Baseball league was told they couldn't reserve the facility for its fast approaching games this season.

Less than a week later, the city changed course and will let the teams play there, for now.

Last Thursday morning, Gerry Mecca, CFO of the North Texas Amateur Baseball League, discovered the city had changed the combination on the lock to get into the Reverchon ballpark.

“The city locked it down. We, being the contract holder for park beautification, we can't do any beautification if they won't let us in,” he said.

The city, which voted last month to turn over the park to a group of investors led by Mavericks General Manager Donnie Nelson, said the park was no longer safe for teams to practice or play there.

“Worst possible time. It is the hardest thing for us to get fields to play. The city of Dallas has one stadium. We're standing next to it,” Mecca said. 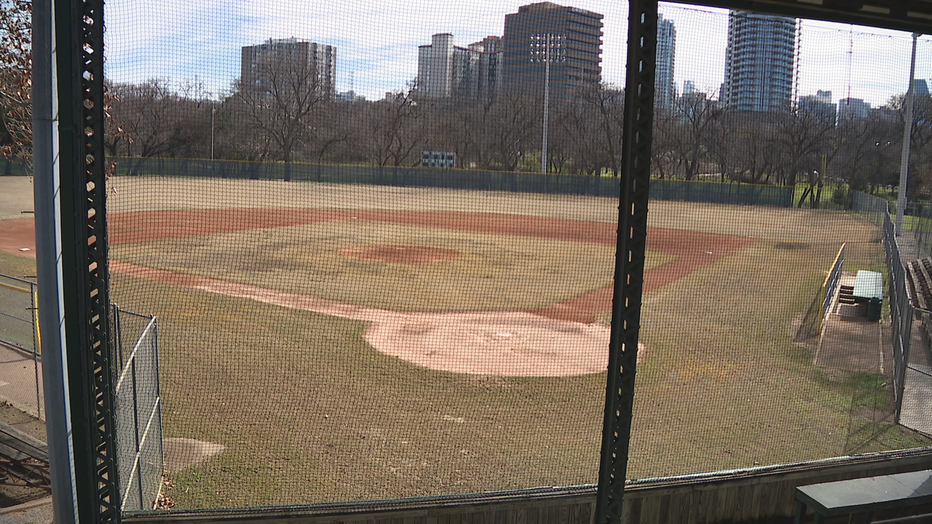 Dallas ISD Superintendent Dr. Michael Hinojosa had spoken in favor of turning over the field to the private group, which promised money to renovate the dilapidated facilities

"This is their home field. Won't have a home field if it is not ready. Have to go to West Dallas, North Dallas, Oak Cliff to play baseball," Hinojosa said back in January.

On Monday, a spokeswoman for Dallas ISD said in a statement that the district was having to reschedule the high school games at other locations anyway, while they awaited more information from the city.

But Thursday afternoon, a city spokeswoman said the park department reversed course and made arrangements for DISD and the amateur baseball league to have access until construction begins.

When construction on the stadium will begin, is still unclear.

The city is now facing a lawsuit from nearby residents who claim that the city violated Texas law by approving the management agreement without holding public hearings first.

The city's response to the lawsuit is due in early March.