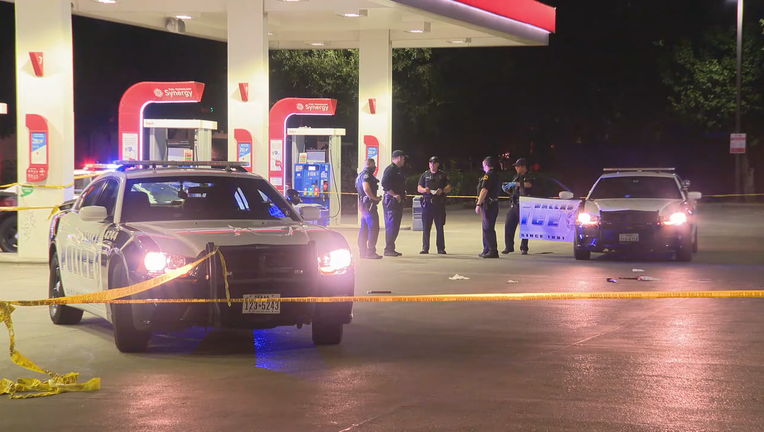 DALLAS - Police are searching for a suspect who they said fled after shooting a woman in the parking lot of a 7-Eleven in Old East Dallas early Saturday morning.

The shooting happened just before 4 a.m., when officers were called out to the 7-Eleven at 2503 N. Lemmon Avenue.

Responding officers said they found a woman in the store’s parking lot who had been shot. She was taken to a local hospital in serious condition.

Investigators found that there had been a disturbance outside the store between the victim and a man, and the man pulled out a gun and shot the woman.

Police reviewed surveillance video and found the shooter got away in a dark-colored vehicle.