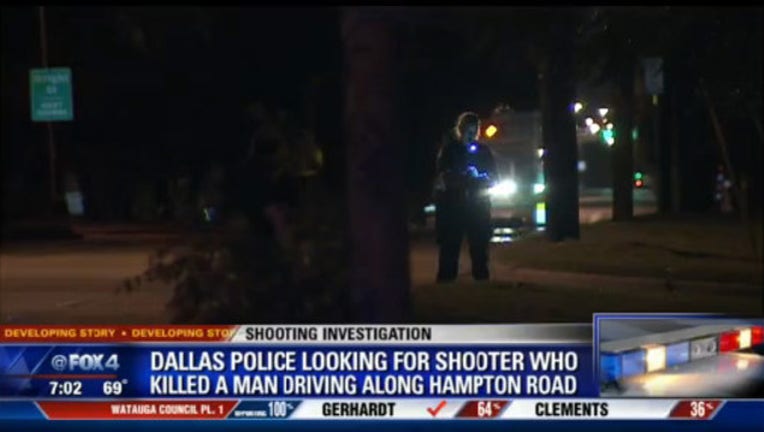 Dallas police are looking for the person who killed a man in a drive-by shooting late Saturday night.

The victim was driving south on Hampton Road when someone in another vehicle pulled up alongside and opened fire, police said.

He was taken to a local hospital where he later died. The road was closed for several hours while police investigated and processed the scene.