Investigators said it happened around 8:30 p.m. Thursday at the building on Lamar Street near Downtown Dallas.

Someone left lots and lots of red handprints on windows, columns and other exterior surfaces. There were also anti-police slogans written in chalk on the concrete leading up to the building.

The damage was pretty extensive but almost all of it has been cleaned up already. 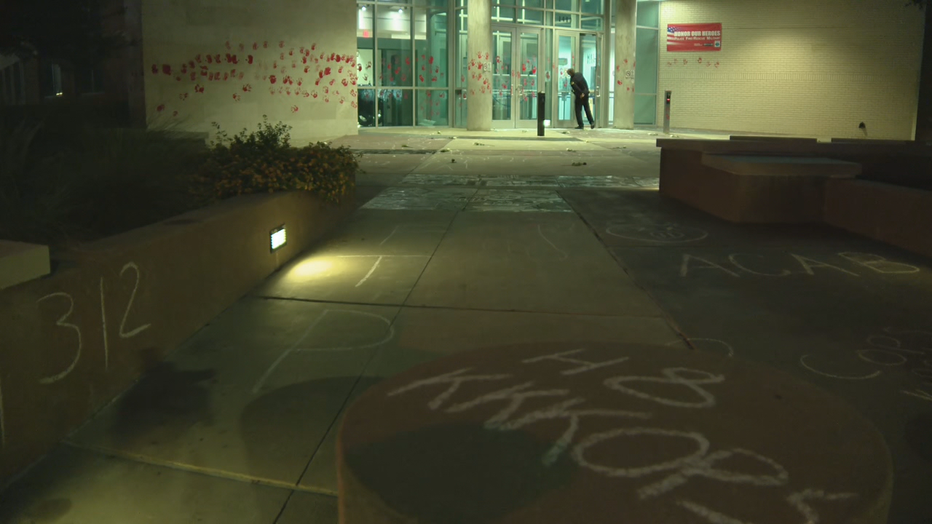 Shortly before the handprints were discovered, there was a group of about 30 people gathered outside DPD headquarters. Police don’t know why they were there.

The two women who were detained for questioning have not yet been charged.

Also, about a half a mile away, the Dallas Police Association building was defaced with similar red handprints and other markings.

Police haven’t yet talked about the connection between the two incidents.

They said the investigation is active and ongoing.