The Smash Da Topic team knows first-hand about the rise of Dallas crime and is sometimes tipped off to scenes even before officers arrive.

The chief is trying to target her message to those who need it most: young African Americans and Latinos caught up in the crime spike in Dallas. Her message was “we're coming and we need your help.”

Chief Hall joined in on a Facebook Live with Smash Da Topic, a street journalist known for being live at seemingly every crime scene. She spoke about her crime reduction plan coming to places like Pleasant Grove. 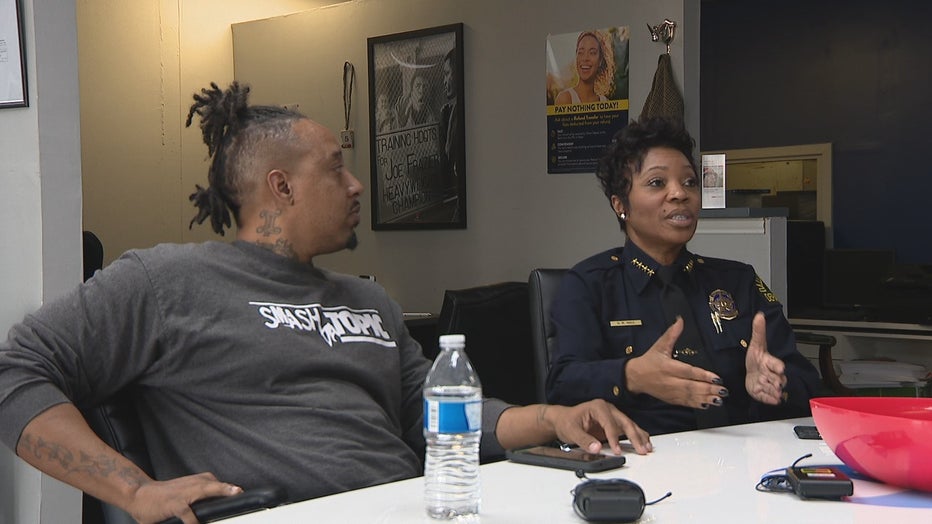 “We're reaching an audience that we don’t get at city council, that we don’t get at the public safety meeting, and that does not watch the news,” Hall said. “So these individuals are the ones who have information. They are, in some instances, the ones actually committing the crimes. So we have an opportunity to reach them and let them know what the result of their behavior is going to look like and if there’s opportunities for them to do something different to steer them in that direction.”

Chief Hall also reached out to young Latinos Tuesday morning by speaking on Hot 93.3 FM.  She not only warned about what’s coming, but also wants those she's talking to to talk back to police.

“But we have to get away from this no snitch policy,” she said. “This whole point of we're not going to tell what we see. Because if you don’t help us, now we're starting from zero.”

Chief Hall will have another of her listening sessions Tuesday afternoon at the Tyler Street United Methodist Church.