Weeks after an 87-year-old woman was killed inside her Oak Cliff home, people who live in her neighborhood met with the Dallas police chief to discuss the ongoing violent crime problem.

DALLAS - Weeks after an 87-year-old woman was killed inside her Oak Cliff home, people who live in her neighborhood met with the Dallas police chief to discuss the ongoing violent crime problem.

The chief told them violent crime is starting to trend down and that homicides are tracking below 2020 numbers.

The community meeting covered all sorts of issues, from the trash in the streets to small business concerns. However, violent crime was at the center of Tuesday’s conversation since one of the group’s own members was recently murdered. 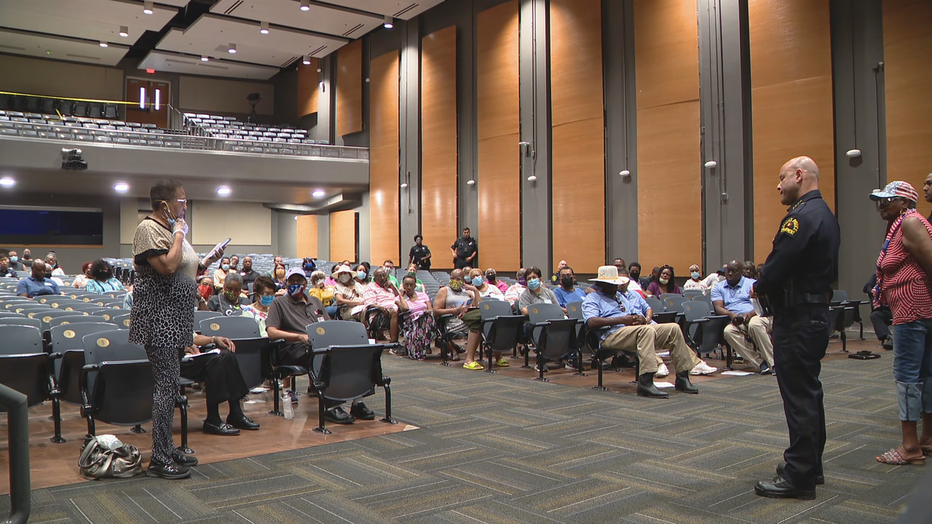 "We have to come together and figure out what happened," said neighbor Camika Spencer. "What do we do about it? Is there something to do about it?"

The neighborhood crime watch hosted its monthly meeting following the murder earlier this month of one of its own crime watch members, 87-year-old Anita Thompson.

Dallas police charged her neighbor’s son, Andre Buggs, for her murder. He reportedly killed Thompson by hitting her over the head with a piece of concrete. The motive is unclear. 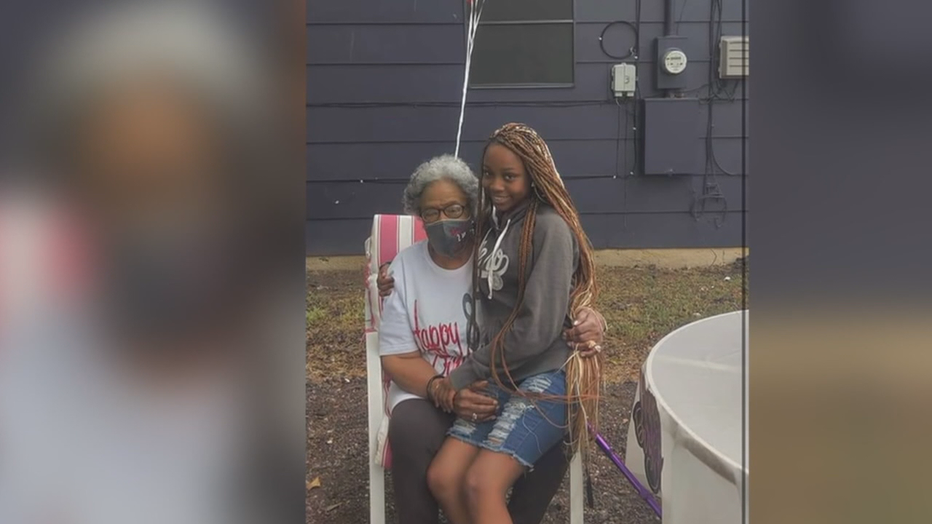 Neighbors wonder if it could’ve been prevented.

"A lot of people don’t want to get involved," said neighbor Melvin Davis. "And they just see things and go on."

Just a couple of months ago, homicides were outpacing last year. But now, they’ve evened out.

"If I reduce murders by 100 but the disparity of our Black and brown kids being the ones that are murdered the most, then we better not be celebrating much," the chief said.

Some people at Tuesday’s meeting have concerns about how their community is policed, but they say the department’s representation Tuesday shows a good-faith effort.

"It’s hard because people don’t trust the police," Spencer said. "We need human people, you know. People who aren’t afraid to slow things down, breathe and work with us. Period."

Still, most people at the meeting were adults.

"It’s all about building relationships with the kids," said neighbor Devon Washington.

They realize young people are responsible for a significant amount of recent crime, and it’ll take a community effort to lead them down the right path.

"Since a lot of children you interact with don’t have both parents, it is even more important for people like yourself and community members to help them out," Washington said. "It’s definitely more important. We definitely need more outreach programs."

Chief Garcia says violent crime is also down this month when specifically talking about the south side of town.