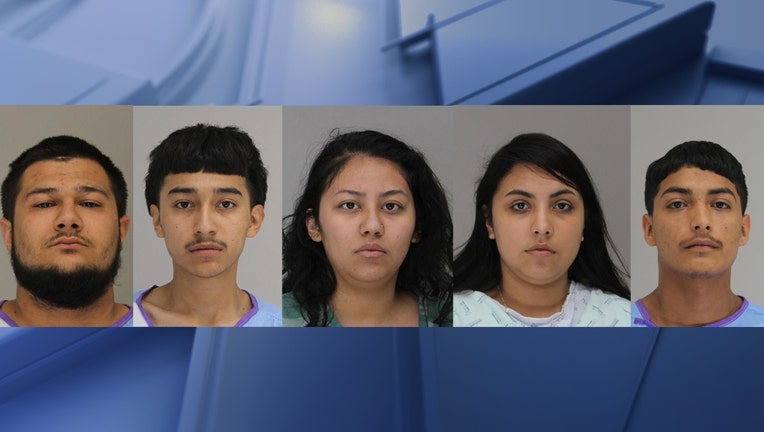 DALLAS - Five people have been charged in connection with the murders of two people who were found dead in a Dallas parking lot early Friday morning.

Investigators used video surveillance evidence, and were able to identify five suspects in their murders.