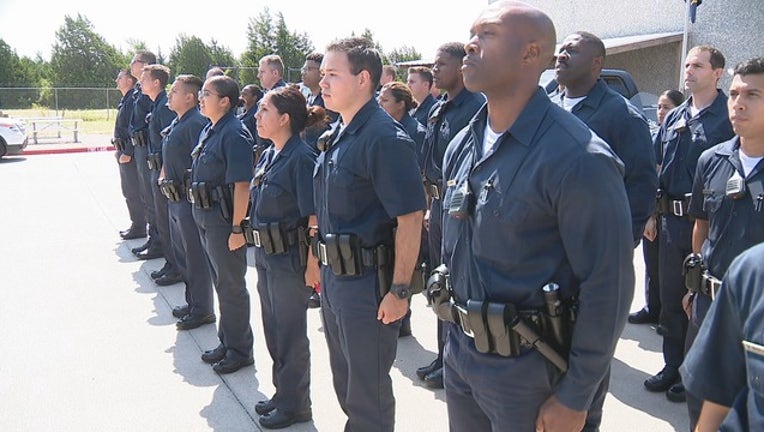 The Dallas Police Academy is welcoming its largest class of recruits in nearly three decades.

Sixty-five recruits started their journey toward obtaining a badge on Wednesday. The department says it hasn't seen a class this large since 1991.

Recruiters say they've been working tirelessly to attract the best candidates from across the nation. The increase in starting pay to $60,000 has also helped the recruiting efforts.

Recruits say the job is about much more than the salary.

"I feel like there's a bigger purpose. That I need to serve and be out there," Cherika Smith, a new recruit. "I think people need to see that. See a positive enlightenment that you know what officers try to do. So I wanted to be a part of that."

The recruits that persevere and make it through training will receive their badges in nine months.