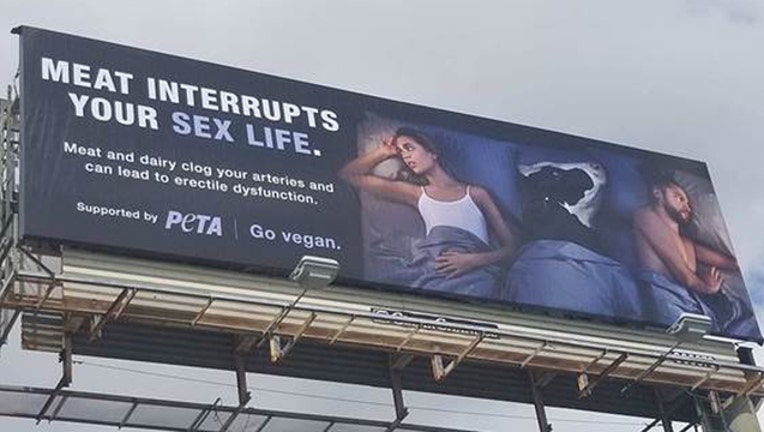 The billboard -- which is located on Interstate 35 at Hi Line Drive near downtown Dallas -- shows a cow lying in bed in between an upset-looking man and woman. It also contains the message, "Meat and dairy clog your arteries and can lead to erectile dysfunction."

The billboard was originally supposed to be put up by Trinity Groves, but the facility's media company rejected the campaign on behalf of the owner.

PETA has run similar billboards in North Carolina with a pig instead of a cow, and in Georgia with a chicken lying between the couple.